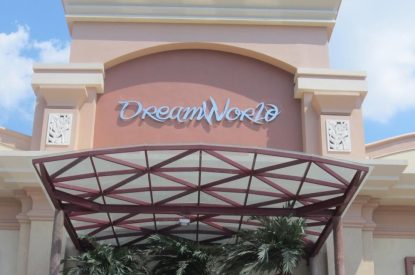 Entertainment Gaming Asia, the operator of the Dreamworld brand in Cambodia, reported a drop in revenue during the third quarter of 2013 with consolidated revenue coming in at $5.7m.

Clarence Chung, Chairman and Chief Executive Officer of Entertainment Gaming Asia, said: “Gaming operations revenue improved slightly for the third quarter compared to the prior year period due to incremental revenue contribution from Dreamworld Poipet and improvement in Dreamworld Pailin, which offset declines in other slot operations. Dreamworld Poipet, a slot hall which we developed in an established regional gaming market in Cambodia, posted quarterly sequential improvement and contributed positive EBITDA to the quarter.  Since the opening in May 2013, we have been focused on the implementation of targeted marketing programs to develop and expand a quality player base with a goal to capture a meaningful share of this vibrant market.”

Slot operations performance in the quarter was negatively impacted primarily by a decrease in revenue for the company’s operations in NagaWorld and in the Philippines. “In NagaWorld, we experienced lower player traffic levels as a result of events related to the national Cambodian elections held in July 2013 and, in the Philippines, we had higher jackpot payouts and increased competition from a major casino resort which opened in Manila earlier in the year,” Mr. Chung explained. “For Dreamworld Pailin, we have completed the repositioning of the operations to a leasing model.   Under the new operating model, we have leased 10 gaming tables to a third-party operator. We believe this will allow us to leverage the operator’s existing player network in Thailand and provide us with an increase in quality player traffic. In addition, in early November 2013, we added semi-live multi-game electronic gaming tables with 30 seats, increasing the machine base from 58 to 88 seats. We placed these machines on a revenue sharing basis resulting in minimal capital investment to us. These changes to the operating model provide us recurring revenue and a substantially reduced cost structure.”

In Cambodia, the NagaWorld operations contributed $3m in revenue and $201 in average WUD for the third quarter of 2013, down from $3.2m and $216, respectively, in the prior year period. The decrease was due to lower player traffic levels primarily as a result of events related to the national Cambodian elections held in July 2013. Cambodia average WUD declined for the third quarter of 2013 compared to the prior year period primarily due to the addition of machines in Dreamworld Poipet, which have a lower average net win, and lower average WUD at NagaWorld.

In the Philippines, slot operations revenue declined due to higher jackpot payouts and increasing competition in the market. Despite the revenue decline, Philippine average WUD remained relatively stable compared with the prior year quarter due to a lower installed base with higher performing machines.