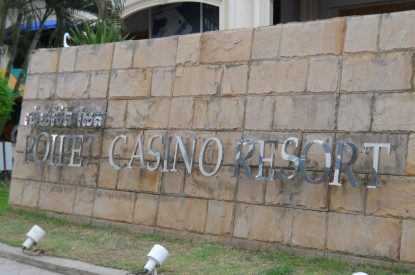 Malaysian company Ho Wah Genting is offloading its 60 per cent stake in the Ho Wah Genting Poipet Casino Resorts in Cambodia to Pioneer Hectares for RM1, around 30 US cents.

The HWG Poipet Casino ceased operations in 2006 and has since lay dormant.
In a filing to the Malaysian stock exchange, Ho Wah said its original cost of investment in the HWG Poipet Casino was just US$3,600, an amount which had been fully impaired in 2006.
Ho Wah does not intend to revive the operations of HWG Poipet Casino but the sale would enable Ho Wah to reduce the administrative resources and cost in maintaining the overseas subsidiary.

Ho Wah Ganting said in a statement: “The registered share capital of HWG Poipet Casino is 20,000,000 Riels (approximately US$6,000) comprising 1,000 shares of 20,000 Riels each, all of which were issued and fully paid-up. The Board has no intention to revive the operations of HWG Poipet Casino and the Porposed Disposal will enable HWGB to reduce the administrative resources and cost in maintaining the overseas subsidiary. The Proposed Disposal is not expected to have any material effect on the earnings per share and net assets per share of HWGB, and it has no effect on HWGB’s share capital and substantial shareholders’ shareholding.”