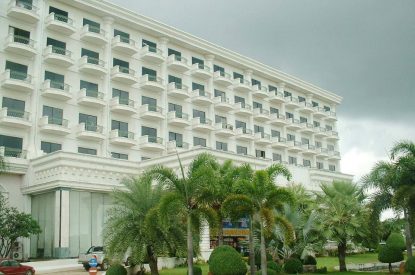 The level of Thai gamblers playing in Cambodia’s border casinos in Poipet have dropped by almost half following the military coup held in Thailand late last month.

The effects of this could be devastating for some operators who are dependent on players crossing the border from Thailand. Crown Resorts, which operates three Crown casinos in Poipet, revealed that 99 per cent of its player base is derived from Thailand. It has experienced a 40 per cent decline in Thai visitation with attendance down from 200 to just over 100 Thai players a day.

The Military coup followed six months of political conflict. Former Thai leader Yingluck Shinawatra was ousted along with 155 prominent politicians and activists banned by the army from leaving the country. Players are believed to be staying at home rather than leaving their properties unattended.

Figures from the Poipet International Checkpoint show a similar decline from an average of about 1,500 before the coup to about 700. Falling attendance had already forced one operator to shut up shop back in January. Entertainment Gaming Asia, a division of Melco Group, opted to close its Pailin operation, writing off an investment of $2.5m.