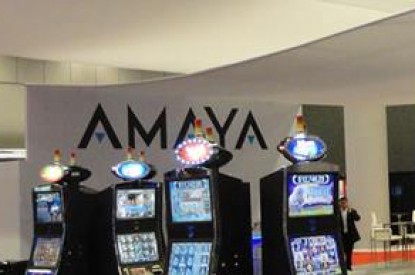 Amaya Gaming saw a huge increase in revenue in the quarter up to December 31, whilst more than doubling its revenue for the entire year, due to the inclusion of results from CryptoLogic, Ongame Network and Cadillac Jack, which were acquired in 2012.

“We’re pleased with the development of our business in 2013, specifically the growth of our land-based gaming solutions, the launch of our interactive gaming solutions into the emerging US market, and the bolstering of our lottery solutions through the acquisition of Diamond Game,” said David Baazov, President and CEO of Amaya.

“Specific to land-based solutions, we were already a leader in the provision of gaming machines to the Class II Tribal and Mexican gaming markets and we maintained that strong position,” continued Mr. Baazov. “During the year, we also began executing on our strategy to expand into the much larger Class III gaming market and placed machines in various jurisdictions. Looking ahead, we intend to expand our addressable Class III market by securing licenses in more jurisdictions, and we will continue to invest in technology to enhance the competitiveness of our Class III solutions.”

“Regarding our interactive gaming solutions, we increased the number of licensing agreements we have to supply online gaming operators in 2013,” Mr. Baazov said. “In 2014, we will continue to look to expand the reach of customers using our Casino Gaming System as well as increase revenues from existing licensees through a strong focus on providing operators with new and innovative gaming content, mobile versions of popular games from our extensive library, and online and mobile versions of top performing games already on our land-based gaming machines. We will also examine potential transactions that will improve our solutions offering and position us to be a leader in the growing global iGaming market.”

“Finally, we anticipate our lottery solutions will be a more significant revenue generator for us following the acquisition of Diamond Game, which is a leader in providing lotteries with innovative products that enhance the entertainment value of traditional games. The company already has agreements in place to supply four jurisdictions with its instant ticket vending machines, notably Maryland and Ontario, and we intend to market these solutions to lottery operators in other jurisdictions,” concluded Mr. Baazov.

“The Corporation’s revenue was slightly below guidance primarily due to the decline in our hosted casino revenues from WagerLogic, which we sold subsequent to year end. Adjusted EBITDA from our current business, excluding assets and liabilities held for sale, was in line with our expectations,” commented Mr. Baazov.