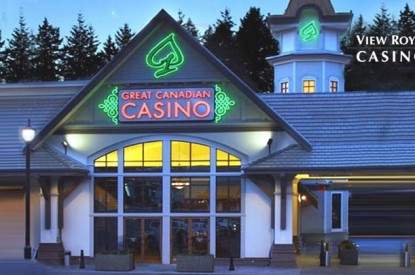 The BC Lottery Corporation has asked six local communities in Greater Victoria, British Colombia, if they would host a casino smaller than the existing property at View Royal’s.

The six localities are Victoria, Esquimalt, Saanich, Oak Bay and the Esquimalt and Songhees First Nations. BCLC is looking at whether a second casino would be detrimental to the existing gaming floor at View Royal.

Owned by Great Canadian Casinos, that property saw its revenue fall in 2014 from $70.4m to $69.3m. Great Canadian has been given the go ahead to expand, adding a $20m theatre and restaurant. It confirmed that due to the prospect of a second casino, those plans are on hold.

View Royal Mayor David Screech is against the idea of a second casino. He said: “We question whether the amount of revenue that they feel (BCLC) is missing is, in fact, in this marketplace and whether or not by opening a second facility what you’re going to do is create two mediocre facilities.”

Victoria Mayor Lisa Helps said she would welcome the idea of a casino if it was central to part of a mixed-use development such as a hotel, convention centre or arts facility.

Anywhere hosting a casino is entitled to ten per cent of the profits.