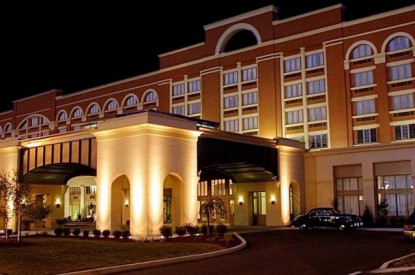 Century Casinos reported revenues of $67.2m for its fourth quarter, an increase of 49 per cent following the inclusion of results from the Isle Casino Cape Girardeau and Lady Luck Caruthersville, both located Missouri, and Mountaineer Casino in West Virginia, which were bought for $107m from Eldorado Resorts.

Peter Hoetzinger, Co-Chief Executive Officers of Century Casinos, said: “In Q4, the big story for us was the completion of the largest transaction in the company’s history. The acquisition of three casino operations in Missouri and West Virginia from Eldorado Resorts gave us three quality assets in strong and stable gaming markets, each enjoying a leading regional position and each with a long track record of producing solid revenue and growing EBITDA.”

“With this acquisition, we have doubled the size of our company, which truly underlines, which underlies the truly transformational nature of this deal,” he added. “We are very happy to report that local management in all three properties chose to stay and become part of the great Century Casino’s team of 3,500 co-operators. We cannot give enough credit to the senior management teams at all three properties, they have been first-class during all steps of this transaction from initial due diligence all the way through closing and integration into the Century brand.”

“The acquired casinos have had very encouraging initial results, and we are excited to continue integrating the operations into the Century brand and to see anticipated meaningful growth from this acquisition on Century Casinos in the future. We are pleased with the fourth quarter results and the immediate impact the addition of the three casinos acquired from Eldorado Resorts had on our operating result,” he added.

Mr. Hoetzinger added: “We can’t stress enough how excited we are with the acquisition of these three operations. They are also performing great, even better than expected. Revenue is up significantly at all 3 casinos for the first 2 months of this year, and we are confident that we can increase EBITDA margins even over what Eldorado did. We’re in the midst of rebranding the two Missouri properties to Century Casinos, and we leave the well-established Mountaineer brand in place. Lots of things have been going on at these three properties since we took them over in December.”

In Canada, the Edmonton segment showed a 58 per cent revenue increase, due to the new addition of Century Mile Racetrack and Casino, whilst in the Calgary market, revenue was flat.

Century’s operations in Poland saw revenue increase by 14 per cent, and EBITDA was up 48 per cent.

Mr. Hoetzinger added: “The Colorado segment had flat revenue and flat EBITDA, but we are very excited about sports betting going live in about two months. We have three sports betting licenses available and have already entered into one agreement with Circa Sports out of Las Vegas, two more agreements with sports betting companies are in the works.”

One casino not performing as well as the company had wanted is the company’s UK property.

Mr. Hoetzinger explained: “In December 2019, the company determined that the intangible and tangible assets at Century Casino Bath were impaired. The impairment, which totalled $16.5m, was determined after evaluating losses incurred by the casino since operations began and future forecasts of continued losses due to the current regulatory environment for casinos in England. We recently entered into an exclusivity and confidentiality agreement with a potential buyer. We should know more about the outcome in one or two months from now.

With regards to COVID-19 the company said it has not had a significant impact on its US or Canadian markets, but the market in Poland has been weakening by approximately ten per cent.

Mr. Hoetzinger added: “Our customer base is very diversified within North America. Our casinos are ‘local’ casinos in urban and suburban locations, with the vast majority of our business from customers who live within an hour from our facilities. Our casinos have negligible meeting and convention business and few of our customers travel by air to visit us. This may temper the impact of COVID-19 on our business, but this situation continues to evolve and could adversely impact us until the virus runs its course.”