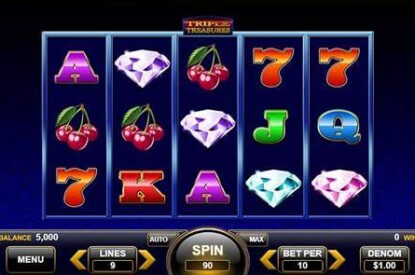 The Spin Games RGS and an initial library of 11 titles are available to players in the state via the DraftKings and Mashantucket-Pequot Tribe iGaming sites. Among the first top-performing titles featured on the Spin Games RGS arelicensed content such as Ripley’s Big Wheel and Galaxy Gaming’s extremely popular 21 + 3® Progressive Blackjack. Also in the line-up are Bragg internal studio titles such as Triple Jewels, Get Hot and Gypsy Riches.

With its debut in Connecticut, Bragg is now live with the Spin Games’ RGS and its casino content in four US states, including New Jersey, Pennsylvania and Michigan. Bragg expects to roll out further exclusive games, including from its proprietary Atomic Slot Lab studio as well from third parties, in multiple regulated US states this year.

H2 Gambling estimates that regulated interactive casino games will generate US$215m in Connecticut in 2022, with that estimate increasing to US$320m in 2026.

Yaniv Sherman, Bragg’s Chief Executive Officer, said: “We are delighted to enter a new, regulated iGaming market in the US so quickly following our acquisition of Spin Games. Spin Games is already well-established in the North American market and provides Bragg with a unique platform which we plan to leverage to further expand with our brands in the region.

“Following our entry into the Ontario iGaming market three months ago, our entry into Connecticut is another important proof point of our North American growth strategy, which will continue to accelerate as we debut our offerings in additional states as they enact regulations.  With our RGS capabilities and growing portfolio of proprietary and exclusive third-party premium content, including our popular Wild Streak Gaming studio, Bragg is favourably positioned to become a leading iGaming supplier in North America.”

Connecticut regulated online gambling in 2021, with two tribes – the Mohegan tribe and Mashantucket Pequot Tribe – permitted to offer online casino gaming off reservation. These two tribes have since partnered with a number of operators who now provide content to players across the state.