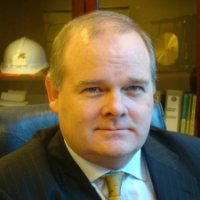 Mr. Meredith, known as Chuck, will be based in Las Vegas, Nevada, USA.

Joseph Bertolone, President and Chief Executive Officer of DEQ, said: “As our Chief Legal Officer and Corporate Secretary, Chuck’s casino operations, international markets– and regulatory experience will be a tremendous addition to our global growth efforts. This represents another core addition to the DEQ team.”
“This is a great opportunity and I am very excited about the future of DEQ and working with the DEQ team,” added Mr. Meredith.

Before joining DEQ, for the past 11 years Mr. Meredith has worked as an Assistant General Counsel for Sands China Limited, a subsidiary of Las Vegas Sands Corporation, in Macau on some of the world’s largest integrated resort developments including the Sands & Venetian Macau and Marina Bay Sands. He was also the Head of Legal for The Ho Tram Project Company Limited in Southern Vietnam. Prior to his international role, Mr. Meredith worked for the Nevada Attorney General’s Office representing the Nevada Gaming Control Board and Nevada Gaming Commission, as well as other state agencies.