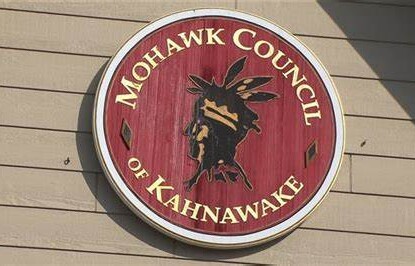 The Mohawk Council of Kahnawà:ke has mandated Olthuis Kleer Townshend to file a Notice of Application with the Ontario Superior Court against iGaming Ontario and the Attorney General of Ontario challenging the legality and constitutionality of Ontario’s unilateral re-interpretation of the “conduct and manage” provisions of the Criminal Code on which Ontario has based its new iGaming scheme.

In April 2022, iGaming Ontario (a subsidiary of the Alcohol and Gaming Commission of Ontario (AGCO)) launched its iGaming scheme which purports to allow private third-party operators to offer online gaming to residents of Ontario. The sites offer all forms of online gaming, including casino, poker and sports wagering. The private operators are registered with the AGCO and retain 80% of the gross profits generated by their sites.

The MCK has made numerous attempts to discuss Ontario’s iGaming scheme with Ontario officials and with Canada’s Justice Minister David Lametti. However, neither has been prepared to engage in meaningful discussions with the MCK to reconcile and accommodate Kahnawà:ke’s
unique interests in the gaming industry.

The MCK has a longstanding interest in the facilitating, conducting and regulation of gaming activities on behalf of the Mohawks of Kahnawà:ke, which is grounded in a long history of gaming and wagering (prior to European contact). Since 1996, the Kahnawà:ke Gaming Commission (KGC) has been licensing both land-based and online gaming operators and providing players with access to safe, well-regulated and responsible gaming options for over 25 years. Mohawk Internet Technologies (MIT), an entity wholly owned by the MCK has been facilitating online gaming through its hosting facility since 1999. All online gaming operators hosted by MIT must be licensed by the KGC. Mohawk Online (MO), a gaming operator is wholly owned by the MCK. Since 2015, MO has generated significant revenue and jobs for the benefit of the community of Kahnawà:ke.

Ontario’s iGaming regime threatens to undermine this important contributor to our economy because it prevents all other gaming regulators, including Mohawk Online, and gaming operators licensed by the KGC, from carrying out gaming activities in Ontario—unless they are also registered with the AGCO.

“We feel that the legal basis for Ontario’s iGaming scheme needs to be challenged in the Courts and being used to cause irreparable harm to Kahnawà:ke’s own legitimate and well-established gaming industry,” said Ratsénhaienhs (elected Council Chief) Michael Delisle, Jr. “The plain facts are that Ontario has implemented an iGaming scheme, which is based on a very tenuous legal foundation, that is causing a significant loss of revenues for our community. Until Ontario sought to impose its ill-designed re- interpretation of “conduct and manage” on operators and service providers, Kahnawà:ke was able to successfully operate across Canada in a regulated manner. The Ontario’s iGaming framework will have devastating effects on a source of income that has supplemented programs and services in our community for the last two decades.”