Canada – Loto-Québec forced to close many of its casinos again 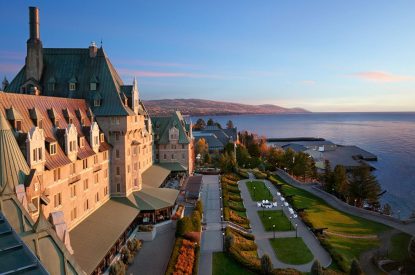 Canadian casino and lottery group Loto-Québec has been forced to close some of its operations again following a spike in COVID-19 infections.

It confirmed: “Following the press conference by the Premier of Quebec on October 13, and in accordance with its commitment to respect the measures dictated by the government, Loto-Québec will temporarily suspend several of its activities in the Capital -Nationale, including in Charlevoix, Montérégie and Center-du-Québec. Starting this Friday at 12:01 a.m. (Thursday night to Friday), Loto-Québec will close the Casino de Charlevoix; the establishment was open four days a week, from Thursday to Sunday, since July.”

It will also close video lottery machines (VLT) in the Montérégie, Center-du-Québec and Capitale-Nationale regions, including Charlevoix. It will also end Kinzo games, even in regions not targeted by the red alert level (only one room was now outside a red zone).

The Casino de Montréal, the Casino du Lac-Leamy, the Salon de jeux de Québec, the Salon de jeux de Trois-Rivières, the Hilton Lac-Leamy hotel, the VLTs in the metropolitan community of Montreal and in the regions Chaudière-Appalaches, Capitale-Nationale, Mauricie, in the City of Gatineau and in the MRC des Collines-de-l’Outaouais remain temporarily closed. In addition, network bingo is suspended, even in rooms that remain open.

Lottery sales, which are not affected by the new guidelines, continue across the retail network. The Casino de Mont-Tremblant remains open. The VLTs also remain operational in the other regions.

Loto-Québec added: “The implementation of these temporary measures is necessary at this time to ensure the safety of all. Loto-Québec invites the population to exercise caution, in particular by restricting travel between regions and by respecting public health directives.”