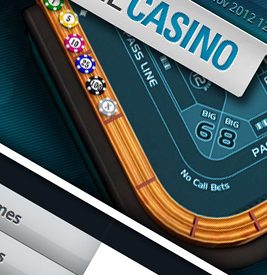 The Northern Bear Casino has become the first tribal nation to offer online gambling, reaching the milestone with the launch of http://www.northernbearcasino.com, which went live on November 6on the GEObet Tribal Gambling Network.

Northern Bear Casino is the first of many tribal gaming interests that will be launched on the GEObet Tribal Gambling Network.

Bernard Shepherd, CEO of NorthernBearCasino.com said: “After almost 20 years of successful First Nations owned and operated Casinos in Saskatchewan, I decided to become an owner/operator because I believe First Nations need to Occupy the Field of online gambling. I’ll be operating under the same Inherent, Treaty, Constitutional and Sovereign rights as when I opened the first Indian Casino in Canada on February 26, 1993. Our Forefathers traded globally 100 plus years ago and Entrepreneurship has been in our DNA for 10,000 plus years, this is what November 6, 2012 is going to stand for.”

Gerry Gionet, CEO of GEObet Network added: “In addition to operating one of the finest online casinos in the market, GEObet Network’s goal is to unite tribal gaming in the virtual world by offering a turnkey, live online casino to First Nations and Tribes in North America.”