Canada – OLG backtracks on ‘not on my doorstep’ comment 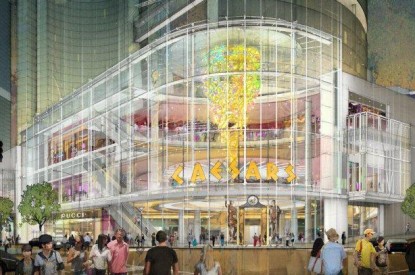 The Chairman of the Ontario Lottery and Gaming Corp (OLG) has had to backtrack in the media over comments made about the potential of casino gaming being introduced in Toronto, saying he wouldn’t want it in his neighbourhood.

Chairman Paul Godfrey said at a public hearing on the potential of casinos: “You see the polls that are taken that ask people, ‘Are you opposed to a casino in your neighbourhood?’ like one newspaper did. A lot of people say, ‘No, not in my neighbourhood.’ And I’ve got to tell you, I wouldn’t want it in my neighbourhood but at the same time you’re not putting it in a residential area.”

His comments came in a week that locals have been asked to comment on a specially created website concerning their own hopes and fears over a casino being developed in Toronto.

OLG has been making the case for an ‘iconic’ downtown Toronto casino-resort. Stinging criticism followed from Councillor Adam Vaughan who said Mr. Godfrey should ‘apologise for making such a stupid comment, or stand by the statement and strike downtown Toronto from the sites being considered for a casino.’

Mr. Godfrey later stated in a local newspaper: “I said certainly I wouldn’t want one in my neighbourhood either. We’re not sticking it in a residential zone. Perhaps my definition of a residential neighbourhood is different. I wouldn’t put a sports stadium like the ACC in the middle of homes in Swansea or strike up a skyscraping hotel on the Danforth. But those things fit well in a vibrant downtown and are accepted by the people that choose to live there. We at OLG believe the same can be said of a major gaming entertainment centre. I live in a residential neighbourhood. It has what I would describe as either single-family homes or townhouses or places where people live. But I wouldn’t describe all of downtown as a neighbourhood. Downtown has stores and offices and places of entertainment and restaurants,” he said, adding that’s why there are various zoning classifications.”

Toronto City Hall is hosting a series of consultation sessions throughout January to discuss the options regarding a casino.

Caesars Entertainment has already has already named the existing Metro Convention Centre site as its first choice because of its closeness to the entertainment district and its accessibility.  Its Caesars-inspired project would include a towering glass entrance to a multi-level gaming facility.

Oxford Properties Group has also shown a preference for the Convention Centre but rather than converting existing space it wants to build two towers that would be among the tallest in the city’s financial district.

OLG has predicted that a casino on the waterfront or in downtown Toronto could create 12,000 new jobs, 6,000 construction jobs, and lead to more than $2bn in capital investments.
“This would be one of the largest development projects anywhere — and anytime — in Canada and would involve a capital expenditure of more than $2bn,” said Mr. Godfrey. “Once operational, it will directly employ some 12,000 people in well-paying jobs.” 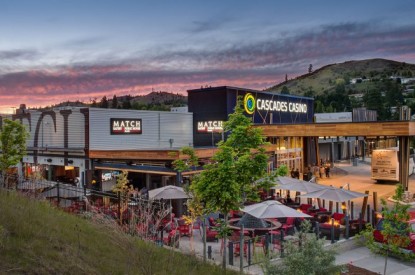