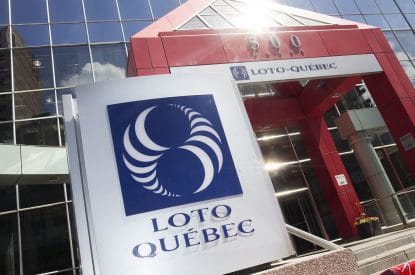 Quebec’s state-operated lottery, Loto-Quebec, wanted a monopoly on online gambling when it launched its Espacejeux online platform in 2010. The operator claimed in was a public health concern that ‘illegal’ online sites were attracting online players from the region and created a blacklist for ISP’s to block.

The Superior Court ruled however that the claim of serving the public health of Quebec people was not accurate.

In its ruling it said: “The analysis shows that the pith and substance of the provincial provision is to force the ISPs to block the [online] sites that Loto – Québec deems illegal (which the provincial provision does) in order to increase the province’s revenues. The removal of some sites will be up to the ISPs, not to mention the cost of the legal battles that will inevitably occur if private operators challenge the action of the ISPs.There is little doubt that GHAs can affect public health. This is one of the reasons they are banned. However, the provincial provision only affects health very indirectly. None of the desired measures regarding pathological gamblers or the prevention of their increase are provided for in the Provincial Disposition or any other measure adopted or announced at the same time. In addition, the government has recognized that Quebec does not really have a pathological gambling problem.”

It was later summarized as follows: “The legal and practical effects of the [law] are to govern gambling online through ISPs, which neither provincial jurisdiction authorizes. Its pith and substance is to prevent online gambling not set up and operated by the province from being “communicated” by ISPs and not the protection of consumers or their health.”

It added: “Loto – Québec ‘s responsible gambling control measures do not stand out, as to their nature and number, from those available on several sites considered to be illegal. Loto – Québec has reduced the scope of some of the responsible gambling measures (the introduction of personal time limits and expenditures) that it claimed to have put in place. These facts undermine the QMP’s argument that Loto – Québec sites are safer, especially for vulnerable players.”

Professor Michael Geist from the University of Ottawa’s Internet and E-commerce Law Department, added: “This sends a strong message to the Quebec government and to any provincial government that might think regulating the internet through mandating blocking schemes is the way to go.”

Canada’s online gambling sector generated US13.11bn in revenue in 2017, with operators such as PokerStars, 888 Poker and PartyPoker all opting to stay until the ruling. Others such as Ladbrokes had left the market.