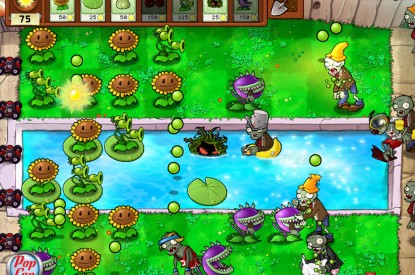 Spielo International is launching four new and exclusive licensed slot titles based on some of the world’s most popular casual video games from PopCap Games, a division of Electronic Arts.

The two companies have entered into a licensing agreement and have developed slot games based on three internationally recognised PopCap franchises; Plants vs. Zombies, Zuma, and Bejeweled.

Spielo International President and CEO Walter Bugno said: “Spielo International immediately recognised the strength behind PopCap’s casual games, which are known for their creativity, humour, and attention to detail. They’re played by billions of people worldwide, and appeal equally to both men and women. We know our customers want compelling and entertaining content that will intrigue current players while also growing the player base, so we’ve worked closely with PopCap to stay true to the spirit of their brands and create terrifically fun and engaging new slot gaming experiences.”

Based on PopCap’s hugely popular ball-blasting game, Zuma features the familiar Zuma frog shooting at an innovative moving ball track. The ball track increments progressives and triggers one of five unique Power Frogs, which places wilds on the base game. Among four bonuses, there are two-tiered Boss Battles and optional skill elements – players can choose to Be the Frog by timing ball shots to defeat the bosses.

With a copy of Bejeweled, PopCap’s flagship title, purchased somewhere in the world every 4.7 seconds, players will instantly recognise this global bestseller in its slot game form. Spielo International has adapted the original game mechanics to the slot adaptation, with a cascading matrix, buyable game boosts, and seven linked non-hierarchical progressives. Players can select between three skilled and three random-outcome bonuses. Experienced Bejeweled casual game players will recognize the similarities in the slot adaptation, while players new to the game will quickly learn why the brand has been so successful.