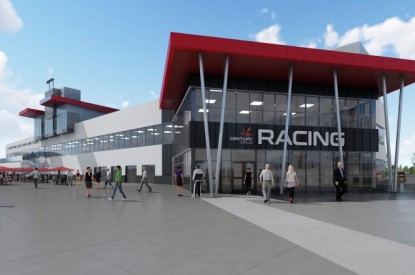 “We are pleased with the 12 per cent net operating revenue growth this quarter, with all reportable segments contributing to the increased results. Adjusted EBITDA growth was impacted by $0.7m of additional non-recurring expenses related to the opening of our newest property, Century Mile Racetrack and Casino,” Erwin Haitzmann and Peter Hoetzinger, Co-Chief Executive Officers of Century Casinos remarked. “Century Mile began operating the northern-Alberta pari-mutuel network at the beginning of the year contributing to the $1.6m revenue growth in the Canada reportable segment,” they continued. “We had a successful grand opening at Century Mile in April and are excited for the success this property has had in its first month of operation,” Haitzmann and Hoetzinger concluded.

Century Downs Racetrack and Casino continues to do well.

Mr. Hoetzinger commented: “We are expanding and planning to increase the floor space by about 20 per cent by the end of the year. The total CapEx for that casino expansion will be around $1.5m, and we estimate to generate an EBITDA return on that investment of approximately 80 per cent, possibly even 100 per cent.”

At the end of January, Northlands Park Casino, the closest competitor to Century’s casino in Edmonton, closed for good.
Mr. Hoetzinger said: “That certainly helped bringing in quite a lot of new faces. We noticed a strong increase in sign-ups to our loyalty program. That positive momentum was offset by an extreme cold that settled over the area for about two weeks in February. The extreme temperatures combined with heavy snowfall, deterred people from venturing out unnecessarily. It was one of the coldest month on records. With that in mind, these revenue and EBITDA increases are even more remarkable. Our two casinos in the Calgary market, Century Downs and Century Casino, performed even better and generated revenue growth of 11 per cent and eight per cent respectively.”

In the US, Century’s two operations in Colorado contributed 18 per cent of our consolidated revenue and 22 per cent of our EBITDA. Revenues increased by five per cent adjusted EBITDA was up 12 per cent.

Mr. Hoetzinger added: “We maintain a positive outlook and project further growth, due to solid regional economic conditions, a strong tourist business and the great positioning and loyal following our properties have in that market.”

Poland generated 43 per cent of the company’s total revenue and 28 per cent of its EBITDA.

“Our Polish business was negatively impacted by licensing delays between Q4 ’17 and Q3 ’18,” Mr. Hoetzinger explained. “We’re glad that things are now back to normal in Poland and look forward to generating high EBITDA margins going forward. Already things are moving in the right direction. The EBITDA margin in Q1 was 12 per cent, up from nine per cent in Q4 2018. In the UK, the casino in Bath is still disappointing. EBITDA was a negative $700,000. What should help is the reduction of the maximum stake at machines in betting shops, down from £100 to just £2 effective as of April 1st of this year. And in fact April results show some improvements already, but still not quite enough to reach profitability.” 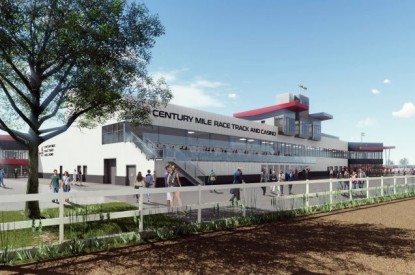 Canada – Third quarter up 22 per cent but Century misses estimates 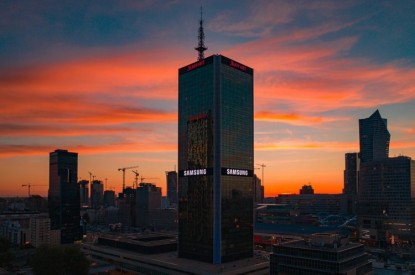