Canada – Transformative quarter ends on the up for Amaya 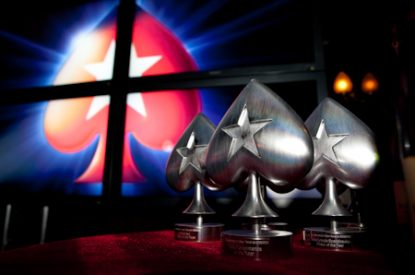 The quarter was most significant though for the purchase on June 12, 2014, of Oldford Group Limited, parent company of the Rational Group, one of the world’s largest online gaming companies and owner and operator of the PokerStars and Full Tilt brands. The Corporation closed this transaction subsequent to the end of the quarter on August 1, 2014, approximately two months ahead of the anticipated timeline. In addition to operating two of the largest online poker sites where it has dealt more than 100bn poker hands and held over 800m online tournaments, the group is the largest producer of live poker events around the world. Oldford Group recorded consolidated revenues of approximately US$1.133bn (2012 – USD$976m) and net income of US$422m (2012 – USD$314m) in the fiscal year ended December 31, 2013. Oldford Group recorded consolidated revenues of approximately USD$487m (2013 – USD$464m) and net income of USD$193m (2012 – USD$167m) in the five months ended May 31, 2014.

“The second quarter was a transformative period for Amaya as we announced and completed well ahead of schedule our acquisition of PokerStars and Full Tilt Poker, which collectively hold a healthy majority of the market share in online poker,” said David Baazov, CEO of Amaya. “Led by its highly experienced management team, Rational Group provides Amaya with a strong platform for growth in revenues and profitability and will be significantly accretive to our earnings.

“The company has a loyal and recurring customer base which has been driven by its dedication to player protection and game integrity as well as innovative tournaments, game formats and software technology. We are strongly committed to Rational maintaining this focus in order for the game experience to remain as enjoyable and exciting as ever for online poker players,” Mr. Baazov added.

“The worldwide recognition of the PokerStars and Full Tilt brands, bolstered by being the largest producer of live poker tours and events across the globe and producer of televised and online poker programming, also provides Rational with an enormous opportunity to take advantage of adjacency opportunities in online casino and sportsbook, in jurisdictions where they can be offered -while growing in new geographies,” Mr. Baazov continued. “Amaya is committed to supporting these growth initiatives. However, with respect to the new verticals, we are determined that they not provide any disruption to the core poker offering and that the new vertical offerings are as robust and enjoyable as Rational’s online poker. After reviewing progress in its new initiatives following our acquisition on August 1, we expect growth in 2014 in these initiatives, notably in online casino, as the company continues to develop its technology platforms up to its high standards and works with various regulators to certify its solution. The company is continuing to see growth in its core poker business and the outlook for its entry into new verticals and geographies is strong. We look forward to updating this outlook in our third quarter financial results, the first quarter for which Rational will report under Amaya.

“Regarding Amaya’s B2B business, the company established and expanded upon a number of new relationships during the year to date,” Mr. Baazov concluded. “Cadillac Jack continues to execute on its expansion into Class III gaming in the United States and has developed a number of online facsimiles of its popular land-based game titles. Diamond Game is preparing for the third quarter launch of its instant ticket vending machines in veterans halls in Maryland. Within our B2B online gaming business, due to the development and launch of new proprietary and third-party games and the integration of our Casino Gaming System into new online casinos, we expect an increase in our online casino revenues in the back half of 2014.”

On May 2, 2014, Amaya announced that its subsidiary Cadillac Jack had received approval from New Jersey’s Division of Gaming Enforcement to utilise its Genesis DV1 slot machine platform and associated hardware and software, including top performing game titles Fire Wolf, Siberian Siren, and Legend of White Buffalo, in the state. Cadillac Jack has subsequently obtained multiple transactional waivers to begin supplying machines to Atlantic City casinos and completed its first installations in the state during the quarter.

In addition to New Jersey, Cadillac Jack obtained approvals to market its gaming machines in both Wisconsin and Louisiana with shipments anticipated to begin in the second half of 2014.
On April 16, 2014, Amaya announced that Cadillac Jack had entered into multiple agreements to ship approximately 1,100 gaming machines to existing and new customers in the United States. The shipments were primarily comprised of outright sales of gaming machines, but also included the upgrading of some existing revenue share generating gaming machines. The majority of units shipped were Class II machines, but also included some sales of Class III machines including into Oklahoma and California. All machines were manufactured and shipped by the last week of June.

During and subsequent to the quarter, Amaya completed the integration of its Casino Gaming System for websites of several major online casino operators including bwin.party’s websites in Europe, Cherry AB’s websites, Ultimate Gaming in New Jersey, and Rational Group’s Full Tilt Poker. Amaya also launched new online and mobile casino games for its customers and completed the integration of new games from multiple third-party suppliers onto Amaya’s Casino Gaming System including IGT, Bally Technologies and SHFL, and Leander.