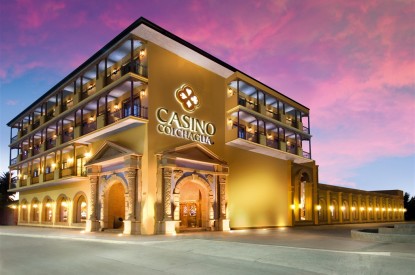 The 16 casinos in operation in Chile have reported increased earnings according to statistics released by the Chilean Gaming Control Board (SJC) meaning that earnings have finally reached levels matching those before the smoking ban was put in place in 2013.

The introduction of anti-smoking law legislation in Chile cut casinos revenues by 21 per cent in 2013 forcing operators to install slot machines in outdoor areas where players could play and smoke at the same time.

“Only in recent months have we have seen some signs of recovery, but we are far from the levels of stability which the industry exhibited in 012,” CEO of the Chilean Association of Casinos, Rodrigo Guiñez said.

In a less than positive trend the rise in revenues has not been accompanied by the recovery of visitor numbers with numbers falling strongly, from 2.8m in the first four months of 2012 to 2.2m between January and May this year. However spend per person has increased significantly.

In April 2012, each casino visitor averaged around $40,000 pesos (about US$64). In 2013 this decreased to $39,782 pesos then increased to $46,102 pesos in 2014 and then went up again to $52,191(around US$82) during the first months of 2015. “This implies that fewer people are choosing casinos as an entertainment option and means that those who do go stay longer,” said Mr. Guiñez. “This does not speak well for the sustainability of the sector, since it displays no renewal cycle,” when it came to visitor numbers. Mr. Guiñez pointed out that the sector will recover if the casinos are allowed to operate in a more stable regulatory framework.

According t the latest statistics released by the SJC, in May gross gaming income stood at US$43.3m an increase of 11.5 per cent compared to the same month last year. In May the 16 municipalities and 11 regions where the casinos are located received a total of US$7.2m in gaming tax revenue while casinos generated an additional US$2.5m in tax on entrance fees for the state. On top of this amount the casinos also generated US$6.9m in gaming VAT.