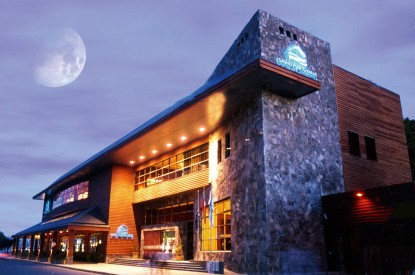 The sweetener of the chance to operate online casinos has not been enough to placate casino operators in Chile, who are up in arms about new proposals from the Chilean Undersecretary of Finance was expressed, who wants to extend the current licenses of 14 casinos for another year with a raft of new operating instructions, including a five per cent tax increase.

The Undersecretary of Finance, Francisco Moreno wants to postpone the new bidding process for operating permits for the 14 casinos, awarded in 2006 for a year.

He said: “With this initiative we seek to protect the income of the municipalities and the regions in which the casinos are located. We are taking on the aspiration of all mayors, in order to guarantee truly competitive and beneficial processes with attractive economic offers for local governments. We do not want the processes for the renewal of operating permits to be carried out in adverse conditions that will end up affecting municipal revenues for the next 15 years.”

The Chilean Association of Gambling Casinos (ACCJ) wants the new operating permits to be governed by the same rules that existed 15 years ago , when the concessions were first awarded and the investments made by casino groups in the projects.

Rodrigo Guiñez , General Manager of the Association, said: “The project does not rule on the real crisis and the checkmate that we are experiencing as an industry. The project, instead of helping them as an industry, does us terrible harm. Not only does it not work, but it also raises the taxes on casinos, which is a measure that lacks all sense and rationality at a time as complex as this.”

Ricardo Abdala, Director of Boldt Peralada, who operates the Ovalle casino, said; “We feel that today the State of Chile is not respecting the rules of the game. The measures in the bill are fatal and do not help us. We are not asking the government for compensation, we are not asking for anything at all. The only thing we are saying is that, as the State of Chile, respect the rules of the game with which we were invited to participate in the industry. We want to believe that Undersecretary Moreno has not been well advised on this important issue, since the project, instead of helping us, does terrible damage to the industry.”

Jaime Wilhelm, General Manager of Sun Dreams , added: “What the government announced on Tuesday has nothing to do with the basic problem of the industry, we are not discussing one more year or five per cent more taxes, or that they give us or no benefits from the pandemic, in-depth discussion is the industry norm. There is only one way in which the this can move forward and that is with the same law that we were invited to make the investment.”

Nicolás Imschenetzky, President of Marina del Sol, added: “Undersecretary Moreno comes up with a proposal for rules to help the casino industry, but that he does not actually take care of any of the requests we made to him. With what argument is this decision being made? What really is the basis for reaching this legal modification and moving away from compliance with the rule of law?”

Caption: The casino in Puerto Varas