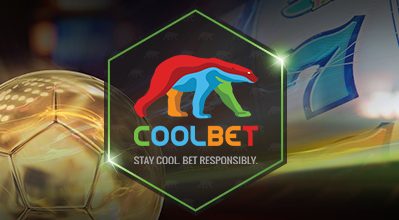 Enjoy has initiated legal action against Estonian based online operator Coolbet for operating gambling in contravention of local gaming laws. The lawsuit was filed just days after top division football club Colo-Colo signed a sponsorship deal with the operator.

It takes part in the context of other moves  as the landbased sector moves against online operators. Last week  Marina del Sol , Marina del Sol de Chillán , Latin Gaming Calama and Latin Gaming Osorno took joint legal action against  offshore  operators including Betway and  Jackpotcity.  The complaint has been referred to  the Public Ministry for investigation. According to the  complainants these sites are illegal as they operate “outside legislation and in tax havens”. According to the lawyer who filed the complaint owners of sites operating without a license in Chile  should be criminally sanctioned.

In addition this is not the first time that Dreams has moved against online operators. In  March Dreams via The Monticello casino, which it owns,  filed a complaint in the Prosecutor’s Office accusing Betsson of breaking the law for  crimes provided for in articles 275, 276 and 277 of the Penal Code. Combined these articles define what constitutes illegal gambling in Chile.

Meanwhile  Deputy Marco Antonio Sulantay, a member of the Sports Commission in the Chamber of Deputies, announced last week that he had put forward his bill that would ban the advertising of online sportsbetting via sponsorship deals.  The bill he said was now awaiting debate in the Commission of Sports and Recreation.

Online gaming is expressly banned under Chile’s gaming laws of 2005 with the exception of interactive lottery  games and sports betting products offered by  for Polla Chilena – the state owned company operates and administers national lottery games including fixed odds sports betting game Xperto online. In March Undersecretary of Finance Alejandro Weber said that tax generated by the newly regulated industry would amount to as much as US$55 million a year for government coffers.