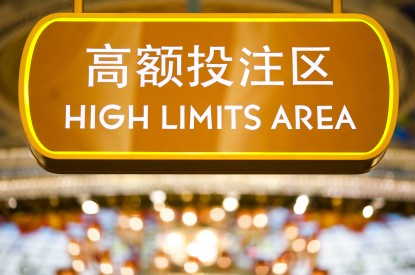 Macau’s junket market, which has seen some high-profile casualties due to the downturn in Macau’s VIP casino fortunes, has been hit further by the Gaming Inspection and Coordination Bureau (DICJ), which has refused to renew the licences of 35 junket operators who have failed to provide the required information to pass new accounting laws.

Analysts believe that there could a be a further crackdown which could create ‘headwinds’ for the VIP junket sector.

Paulo Martins Chan, Director of Macau’s DICJ, said: “In October we issued new accounting guidelines for gaming promoters but a few of them haven’t submitted the required information within the deadline. We haven’t renewed the licence of these gaming promoters, a total of 35.”

The news came as no surprise to Union Gaming analyst Grant Govertsen, who said: “We suspect most, if not all, of these 35 junkets were probably on their way out the door anyway due to weak demand. This is in line with our view that the junket industry will continue to see further closures and consolidation, and also in line with our current forecast for VIP gross gaming revenue to decline 12 percent in 2016.”

The new laws mean Macau’s junket operators now need to submit monthly accounting reports along with details on anyone in charge of finances to the gaming regulator.

They were brought in following reports of internal fraud by junket group Dore Entertainment who runs VIP rooms at Wynn Macau. More recently there has been a case at L’Arc where fraud has been suspected in its VIP rooms.

Mr. Govertson highlighted the potential for the central credit database to be introduced, that would keep records of the credit extensions of each customer level.

“We’re not sure this would work given an intense desire for privacy,” he explained. “Junket regulations are most certainly going to be increased although via consultation with both casino operators and junkets.”

Analysts at Sanford Bernstein added: “Such new regulations would create headwinds in junket VIP and may further limit junkets’ ability to raise capital and conduct operations in the manner to which they are accustomed.”