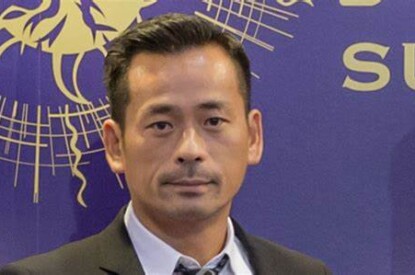 Alvin Chau Cheok Wa, the founder of Macau junket operator Suncity Group, has been sentenced to 18 years in prison having been found guilty of fronting a criminal gang, illegal gambling activities, and fraud.

Judge Lou Ieng Ha said: “Chau Cheok Wa was aware of and received illicit gains from the activities. The staffers of Suncity were also found to facilitate these bets in a systematic manner. They would not do so without the approval from the leader of Suncity, Chau Cheok Wa.

“Chau Cheok Wa took advantage of the resources of the six gaming operators and carried out under-the-table bets with gamblers covertly, resulting in a situation that the gaming operators could not share the revenue of these bets and the loss of gaming revenue tax for the government.”

Mr Chau and his accomplices will have to pay the Macau Government HK$6.52bn (US$833m) with five of Macau’s gaming operators, all except Melco Resorts, claiming compensation of over HK$2.15bn.

Mr Chau was found guilty of 103 counts of illegal gaming, 54 counts of fraud and three counts of attempted frauds, and one count of founding and leading a triad gang.

Mr Chau was arrested and held in November 2021.

Pedro Leal, one of the lawyers representing Mr Chau said, “Basically, I don’t agree with the decision.”