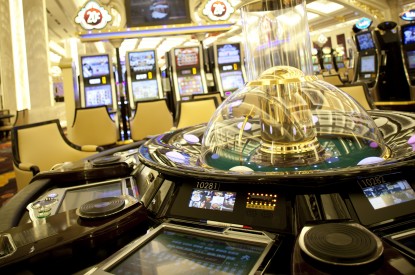 As operators in Asia look to maximise their efficiency, Union Gaming Research Macau believes there is an opportunity for automated and semi-automated multi-players to clean up. It estimates that a further 7,000 electronic table games could be deployed within five years with Macau and Singapore snapping up 5,000 of those.

The situation in Macau with the market-wide table cap will fuel the situation further with Union Gaming saying most operators are already embarking on efficiency exercises. These effectively take live-dealt traditional table games from the lower-end mass market and reallocate them to VIP or higher-yielding mass market segments. In turn, and in order to accommodate lower-end mass market play, these customers are being pushed towards ETGs as the best option to play at low stakes.

“As a result, it is not uncommon to see mass market casino floors with table minimums of us$ 64.4 and up during most day and week parts, while at the same time seeing new stadium-style ETG installations in a multi-game format (baccarat, roulette and Sic Bo). Stadium installations are in place at all of the mass-market focused SCL properties, as well as MPEL’s City of Dreams,” Union Gaming explained. “We estimate that there are nearly 5,000 ETG seats in operation in Macau and Singapore, with likely another 2,000 plus spread throughout other Asian gaming markets like Cambodia, South Korea, Philippines and Vietnam,” the report noted.

With an increased focus on table game yields and the likelihood of any new tables under the table cap scheme being exclusively allocated to new properties, Union Gaming believes that all Macau operators will continue to look at ETGs as the answer. “Ultimately, we think the Macau ETG market could grow from over 3,500 seats today, to at least 5,500 within the next five years”, it explained.

Live dealer ETGs in Macau would be classified by the DICJ (regulatory body) at a very favourable ratio. A traditional baccarat table has nine seats but with the DICJ applying a ratio of 50:1 or 60:1 for these ETGs, the casino could accommodate up to seven times more customers per DICJ-allocated table game. The DICJ views a 100 per cent automated ETG with no live dealer as part of the slot floor with each ETG seat counting as one electronic gaming position.

The report states that the legislation is different in Singapore where operators are constrained by the way the regulatory body classifies ETGs and as such, it does not expect ETGs to have quite the same impact.

“However, in other markets like Cambodia, ETGs appear to be in a strong growth phase, with a host of operators turning to ETGs for efficiency purposes and as they yield their existing live-dealt traditional table games”, the report added.

“In addition to the 2,000 new ETG seats we expect in Macau, we would anticipate demand for another 1,500 to 2,000 ETG seats in other regional markets, driven by the four Manila Bay resorts in Philippines coming online, as well as other new projects like Ho Tram in Vietnam and the second Naga casino in Phnom Penh. In summary, within the next five years we would expect incremental demand for at least another 3,500 to 4,000 ETG seats throughout Asia,” it said.