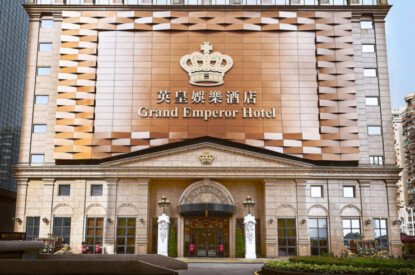 Emperor Entertainment Hotel is back operating its satellite casino at its Macau hotel Grand Emperor, having previously opted not to renew its contract and given it back to licence holder SJM Resorts.

Emperor E said the award of the new gaming concessions had ‘provided a clearer visibility in the future development of Macau’s gaming industry.’

“The reopening of Macau’s border and the lifting of quarantine requirement upon arrival will drive an increase in visitation to Macau, which is a catalyst to Macau’s gaming industry,” Emperor E added. “With the recent infrastructure developments that enhance access to Macau, Macau’s position in Greater Bay Area, as well as Macau Government’s determination to become a world center of tourism and leisure, the Emperor E Hotel Group’s management is confident in Macau’s tourism recovery and its medium to long term growth prospects, and is prepared to capture the opportunities when the market revives.”