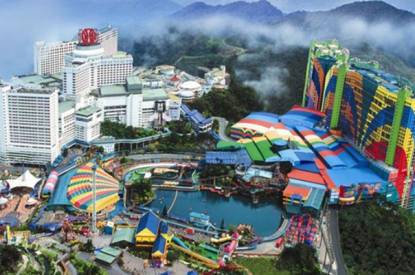 With a short statement, Genting Malaysia has confirmed it will be the seventh bidder to submit a bid in the licence retendering but is notably the first that doesn’t already operate in Macau.

Genting stated: “The Macau Special Administrative Region has called for a tender for the concessions to operate casino games of fortune pursuant to the Chief Executive’s Order No. 136/2022. In this regard, GENM, via its indirect subsidiary, GMM had submitted a bid to the Macau SAR Government on 14 September 2022 for the award of a new 10-year gaming concession for the operation of casino games of fortune in Macau SAR. This represents an opportunity for GENM to expand its business in the Leisure and Hospitality sector, diversify its geographical footprint and participate in the recovery prospects of the Macau SAR gaming segment. GENM will make appropriate announcements once there is more clarity on the Company’s position in relation to its bid.”

Only six licences are up for grabs, so Genting is hoping to oust an existing operator. Its chances are seen by investors as being low.

JP Morgan analysts DS Kim and Livy Lyu said: “In short, we’d be surprised if any of the six incumbents lost the license for the next term.”

They added that Genting Hong Kong’s recent bankruptcy ‘may not bode well’ in its bid.

Nomura’s Tushar Mohata and Alpa Aggarwal said: “Genting brings to the table its experience in developing family-friendly integrated resorts, which is a direction the Macau government wants its leisure industry to diversify to, away from the current overt focus on gambling in the incumbent concessionaires’ properties,” they wrote in an overnight note.

“That is not to say that the incumbents will be unable to pivot and de-emphasize gaming, just that they would also have to make material changes to their properties to do so, in our view.

“As a new entrant, [GMM] is making a fresh bid and can design a resort which addresses the government’s priorities, unlike the incumbents who have already designed and developed resorts more suited to the VIP-heavy days of old. GMM can also budget a lower capex to be more suited to the new normal of structurally lower industry GGRs.”

“We think investors in Genting Malaysia and Genting Berhad might take news of the bid negatively, mainly for two reasons,” they analysts added. “First, there is uncertainty around the recovery timelines for Macau’s gaming industry, given the ongoing zero-COVID strategy, which has drastically reduced industry GGR since the start of the pandemic and there is limited visibility on when restrictions would be eased like the rest of the world.

“The second concern, which we think is more pressing, is that some investors in Genting Malaysia (and consequently Genting) might not be comfortable with a Macau exposure. This might be if they are invested in the stock mainly due to its ASEAN exposure, or ASEAN reopening theme, or if they do not intend to have exposure to the uncertainties in Macau gaming in the near term.

“Investors might also be unhappy at the prospects of a large capex commitment and funding needs to develop a new Macau resort, given Genting Malaysia and Genting’s balance sheet is also stretched after two years’ of pandemic suppressed revenues and debt-raising.

“Some investors, in our view, might not like the fact that in case GENM wins a Macau concession, they would have to go through several more years of negative FCF, and any upside from an investment there might only be realised in the medium-term.”