China-June growth rate bounces back from May 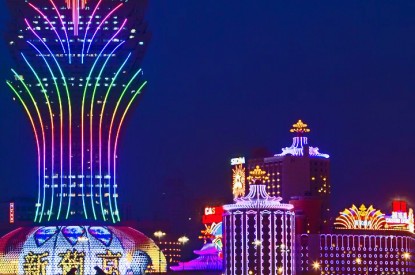 Growth in Macau’s casino sector bounced back in June from results recorded in May, although the upturn was more hampered than expected.

June’s GGR increased 12.2 per cent from a year earlier to MOP23.3bn ($2.92bn), accelerating more than May’s modest 7.3 per cent gain but missing analysts’ expectations of a 13 per cent increase.

Whilst such results have hardly hit the buffers, every other casino market in the world long for consecutive growth of 7.3 per cent and 12.2 per cent, analysts are not expecting a full turnaround until September with July and August traditional being slow months and September benefitting from a national holiday in China and a new property opening, even though it is merely a hotel; Sands China will be opening Sheraton at its Cotal Central property. Growth for the first half of the year has come in at 20 per cent compared to the same period in 2011, with GGR increasing to MOP148.7bn.

Bank of America Merrill Lynch analyst Billy Ng wrote was unsure whether the slowdown in the second half of June was due to temporary factors, such as the European football championships, which may have attracted gamblers from Macau, a downturn in luck at the baccarat tables, or a typhoon that hit on June 29; or more structural problems, such as a slowing Chinese economy. However, he said an 11 per cent drop in GGR from the month earlier was typical for June.

Cameron McKnight, Wells Fargo and Co. analyst, said: “Recent weakness in Macau gaming revenue and visitation growth could be partially explained by the visa restrictions and reduction in China UnionPay limits highlighted by the Macau Daily. While expectations have recently moderated, we believe outperformance in the Macau stocks is likely to be limited here.”

January saw the highest growth rate of 34.8 per cent but since then growth has fallen continuously over the next five months.

Despite the slowdown in growth, analysts remain confident Macau will deliver in the medium term although some have downgraded their full-year growth targets and warned of a drop in quarterly earnings for the six licensed operators in the last month.

At the end of the first quarter of 2012 there were 34 casinos in Macau, 20 run by by Sociedade de Jogos de Macau, three owned by Venetian Macau, five operated by Galaxy Casino, three by Melco/Crown and one each by Wynn Resorts and MGM Grand Paradise.