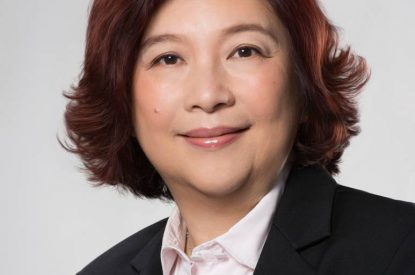 Macao Gaming Show (MGS), which is taking place across November 17 to 19 at The Venetian, Macao, has underlined its status as the best value event for companies wanting to engage with the all-important Asian gaming market in all of its various forms and disciplines.

The expo organiser, backed by the leading gaming manufacturers in Macao and the Asia region, is offering this year’s exhibitors the opportunity to double their stand size for no additional cost.

MGS’s progressive pricing structure, which is being taken-up by a growing number of exhibitors, allows companies to secure 100 booth areas for the price of 50, an offer which equates to HKD1 million (circa USD 128,200). The initiative, which was trialled to wide acclaim at last year’s event, forms part of a comprehensive schedule of sales and marketing initiatives to be introduced for the 2015 show.

Ahead of the official launch of the marketing campaign, Jay Chun, Chairman of MGS organiser the Macau Gaming Equipment Manufacturers Association (MGEMA), declared the show’s intent for building MGS into the ‘one-stop’ event for the worldwide gaming industry. He told an audience of invited media in Macao last week: “It is true to say that in a very short period of time MGS has come an awful long way. Our ‘By Asia for The World’ invitation has gained significant traction within the international community of gaming professionals, to such an extent that in 2014, 11,987 visitors from 20 countries made the journey to MGS.”

“Whilst there, they engaged with 146 exhibiting companies across more than 10,000 square metres of stand space, as well as participated in the comprehensive learning programme delivered by this industry’s pre-eminent thought leaders.”

At the heart of MGS’s ambitious drive is the newly launched pricing proposition which was expanded upon by the show’s General Manager and Event Director Marina Wong: “We are committed to building on the success of the first two editions of MGS and providing a professional forum in which exhibitors from throughout the world are able to meet and do business with the industry in Asia. Delivering exceptional value and exceeding our customers’ expectations are central elements of our business development strategy moving forward.

Marina Wong emphasised: “Our progressive pricing strategy will enable us to engage with more potential exhibitors which in turn provides visitors with more reasons to attend. Our vision is to continue to invest in MGS, to add to the offering and in the process, to cement our position as the number one event of its kind in Asia.”