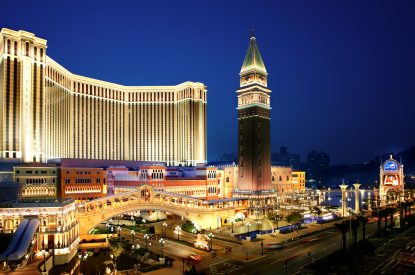 The Macao Gaming Show will now stage its fourth edition on November 15-17 2016 at the Venetian Macao.

The date revision follows intensive consultation over the past two weeks, with MGS able to negotiate its original preference of 15-17 November following the slot’s late availability at the Venetian.

Show organisers MGEMA confirmed: “This is excellent news for the show. The growth of the MICE programme in Macau has meant that there is strong competition for exhibition slots and as a major international show, we have a number of factors we need to consider.

“Most importantly, MGS has established itself as a traditional November event – equidistant in timing between G2E Las Vegas and ICE in London. That’s where the Macao show sits – a bridge which links the global gaming and entertainment industry during a crucial manufacturing and selling period for all the businesses. We feel compelled to maintain that positioning and to stay focused on delivering Asia’s primary event to both a domestic and international audience. We were able to push hard and negotiate the November slot and appreciate the support of the Venetian, our sponsors – the SAR Government departments – and our exhibitors who have all backed our endeavours in this matter.”

The Macao Gaming Show continues to enjoy strong growth in the international marketplace with the recent 2015 edition attracting a record number of exhibitors (168) on the showfloor, plus representations in the separate French, Korean and Macau pavilions. The exhibition occupied a record breaking 12,000 sqm of stand space – nearly 20 per cent larger than last year – to establish itself as one of the top three independent exhibitions in the Macau SAR.