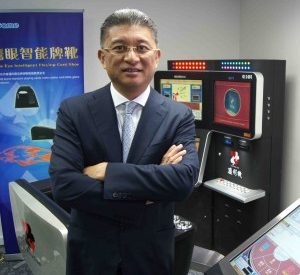 Visitors from every continent of the world are expected in Macau next week to attend the rapidly expanding Macao Gaming Show and its pioneering Macao Tourism and Culture Summit at the Venetian (November 17 to 19 2015).

The third edition of the event, which is owned by the leading 100 entertainment and gaming companies in Asia, is likely to open with a record number of exhibitors, circa 150, and draw an audience in the region of last year’s high of 12,000. The organisers, influential trade association MGEMA, will mark the occasion with a prestigious Opening Ceremony featuring officials from the Macau SAR Government, representatives from the official sponsoring agency Macao Foundation and leading figures from the Macau and Asian industry.

Supported by four Macau SAR Government departments – Gaming Inspection and Coordination Bureau (DICJ), Macao Trade and Investment Promotion Institute (IPIM), Macao Foundation, Macau Government Tourist Office (MGTO) – and backed by the major gaming and entertainment groups in the region – MGS 2015 is hoping to record its best level of attendance, largest number of visitors, widest range of countries attracted and the biggest platform of speakers at its associated tourism and culture summit.
Jay Chun, Chairman of MGEMA, the driving force behind the exhibition, said: “This year’s Macao Gaming Show will provide a key turning point for the exhibition and its aspirations. The show serves as the ‘Gateway to Asia’ and next week will reflect this direction through the delivery of all the key components that keep the entertainment and gaming industry moving forward globally – and all on one showfloor.

“The exhibition will have Asia’s biggest and most innovative gaming companies, alongside a wide variety of entertainment and service businesses, that together will steer the Macau and Asian economies towards a more diverse structure. MGS intends to deliver everything that an entertainment and tourist hub requires – the best technology in gaming, the best hospitality offerings, the widest and finest food and beverage options, and the most inventive and creative businesses from the region. The 3rd MGS will continue this vision, and we intend to continue building on it over the next 5 to 10 years.”

He continued: “We believe that MGS has the key credentials: it is the only show that is truly representative of the Asian entertainment and gaming industry, and more importantly speaks to the market with the support of not just the business community but also the government and trade bodies that shape the marketplace. Our assembly of event organisers, supporting organizations and co-organizers are all drawn from our own business community – MGS is truly an exhibition ‘By Asia, for the world’. We have, probably, the most influential organizations working with us, and their support demonstrates the faith they have in Macao Gaming Show’s ability to represent the Asia entertainment and gaming industry with both integrity and authority.”