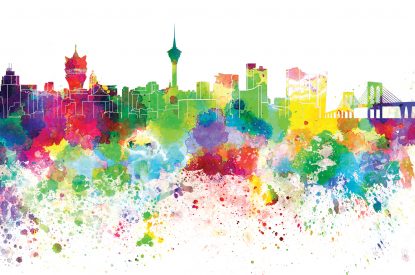 ‘By Asia for the world’ is the creative theme unveiled by organisers, the Macau Gaming Equipment Manufacturers Association, in support of their 2014 event, taking place across November 18 to 20 at the Venetian Macao.

The largest gaming show created in Macao, organisers are promising an even bigger and better event as they build on the accomplishments achieved

Explaining the creative and looking ahead to MGS 2014 Jay Chun, Chairman of Macau Gaming Equipment Manufacturers Association said: “By Asia for the world is not only our unique selling point but it also encapsulates the essence of what Macao Gaming Show is really all about. MGS 2013 was attended by key decision makers, high-level casino bosses and influential regulators from around the globe. Once again we will be reaching out to these influential individuals, providing an opportunity for suppliers and participants to market directly toward what are key buyers and influencers.

“The MGS 2014 ‘By Asia for the world’ campaign will be backed by a high profile marketing commitment utilising the most influential online and offline gaming industry media channels. The campaign will help MGS exhibitors to target buyers from Asia and reach out to casinos, integrated resorts, gaming regulators and gaming affiliated businesses.”

Jay Chun added: “MGS 2014 will be packed with invaluable business networking opportunities at which attendees can meet and get to know potential business partners in a relaxed and casual atmosphere. Add to this the highly acclaimed Slot Experience Center as well as the three day Macao Gaming Summit and you can see why MGS is regarded as being such a critical business event.”
Macau Gaming Show targets the entire gaming industry with exhibitors drawn from Gaming Equipment and Accessories, Gaming Promoters and VIP Clubs, Casino Fixtures and Fittings, Promotional Services and Memorabilia, Food and Beverage as well as Entertainment and Performance.