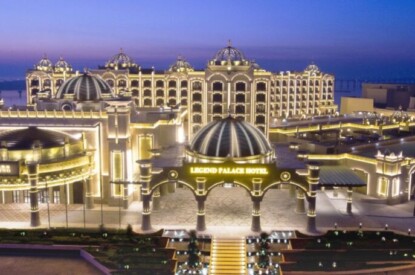 Macau Legend has now confirmed that it has pulled the plug on the operation of VIP junkets at satellite casinos via its Hong Hock subsidiary and its partnership with and SJM Resorts, at Casino Babylon and Casino Legend Palace.

It has though signed a deal to continue operating Legend Palace for the next three years via a service agreement with Macau concessionaire SJM Resorts S.A.

It said it has signed a deal for the ‘provision of services in selling, promotion, advertising, customer development and introduction, coordination of activities and other related services to SJM for the operation of casinos to be operated under SJM’s gaming concession as agreed by SJM for a term of three years commencing 1 January 2023.’

Under the VIE Structure, the Group, through Hong Hock, had indirectly participated in the
gaming promotion business . It will now have a greater control over the management and marketing
of the gaming promotion activity of New Legend in the VIP rooms in the casinos located
in its properties.

Macau Legend Chairman, chief executive officer and executive Director, Li Chu Kwan said: “With the recent developments of the gaming promotion industry, there has been a significant impact on the VIP gaming promotion business. Further, the Macau Government has passed the new gaming law on 21 June 2022 which served to provide new regulations and guidelines for the development of the Macau gaming industry, including satellite casinos, which will affect the operations of Hong Hock as a casino service provider.”

“The company wishes to announce that the company has ceased its VIP gaming promotion business upon expiration of the term of the Service Agreement on 31 December 2022. Upon the expiration and termination of the Service Agreement, the Exclusive Management and Consultancy Services Agreement and the Exclusive Undertaking to Sell Agreement were automatically terminated in accordance with the terms thereunder. In view of this, on December 31 2022, the parties to the VIE Agreements (variable-interest-entity) terminated the VIE Agreements with immediate effect from 1 January 2023.”