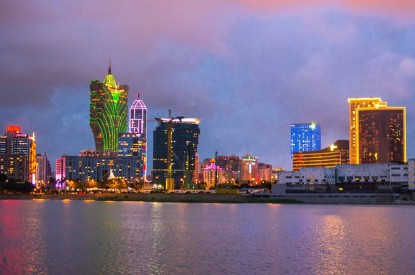 Macau’s casinos have been asked to set up foreigner only gaming zones on their gaming floors by the Macau’s Executive Council with special gaming chips to keep a better check on GG produced by foreign players.

The zones will be given a tax break of five per cent for help drive demand for their use from January 1 2023. Foreign players in Macau are classed as any not from Macau, mainland China, Hong Kong or Tawain.

“For the foreigner patrons that gamble in the casinos here, they will have special zones set up for their play. As they are foreigner-passport holders, the Gaming Inspection and Coordination Bureau will have guidelines for casino concessionaires on what is considered a foreigner patron that is admissible to these special gambling zones.”

Andre Cheong Weng Chon, Secretary for Administration and Justice, added that Macau had been ‘over reliant on local and mainland Chinese patrons.’

“The cost for attracting them to come here is high,” he said, “setting up overseas offices, private jet services and other hotel services.”

A statement from the Executive Council explained: “The regulation sets out the factors to be considered for the remission of the gross gaming revenue of concessionaires, the procedures for the remission and the operation of the return and refund of funds.

JP Morgan analyst DS Kim warned: “Foreigners probably drove less than 10 per cent of mass GGR before COVID, not many of them will likely want to restrict themselves to ‘foreigner-only zones’ (which we assume will only feature a small number of tables) as gamblers typically prefer to move between different tables to find the ‘pattern’ and ‘luck’ they favor. Operators are unlikely to make such space too attractive given low expected returns so we think it’s safer to model gaming tax rate at (very) close to 40 per cent of GGR, with no meaningful discount/waiver.”