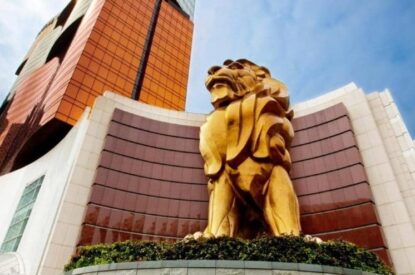 The results were severely impacted by the COVID-19 pandemic with MGM saying it continues to be impacted today. China has implemented temporary suspension of tour groups and Individual Visit Scheme in late January, followed by a 15-day shutdown of all casinos in February by the Macau Government.

The Macau market continues to experience low visitation levels primarily driven by various travel restrictions and quarantine measures in mainland China and Hong Kong.
Macau’s gross gaming revenue in first half declined by 77 per cent year-on-year. Macau visitation was down over 80 per cent as well.

The Group maintained a healthy financial position. As of June 30, 2020, the Group had total liquidity of approximately HK$11.4 billion, comprised of cash and cash equivalent and undrawn revolver.

With no new local COVID-19 cases for nearly three months and situation stabilising in China, the Guangdong government announced that visitors entering Guangdong from Macau will no longer have to undergo 14-day quarantine from July 15, under certain conditions. The re-opening of Macau border is seen as a meaningful first-step towards normalisation.

Hubert Wang, President & Chief Operating Officer of MGM China said: “We are encouraged to see the lifting of quarantine measures for visitors from Macau into Guangdong Province, as an important first step of business normalisation.

“While we focus to contain our costs, we are rolling out programs to drive traffic and prepare for gradual recovery. The trend-setting holistic non-gaming offerings at both MGM MACAU and MGM COTAI have been well received. We are confident about the prospects of Macau gaming and hospitality market in a longer term.”