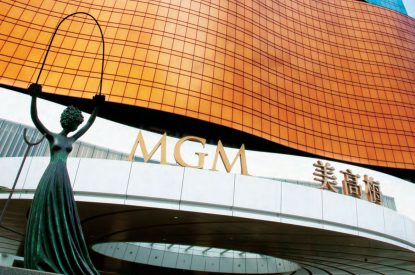 MGM China saw its first-quarter market-wide gross gaming revenue (GGR) fall by 22 per cent year-over-year, narrowed from a 70 per cent year-on-year decline in the previous quarter. While market-wide GGR in the first quarter improved sequentially by eight per cent compared to the fourth quarter, Macau’s business volumes remained well below pre-COVID levels. It believes the recovery will be driven by the premium mass market segment.

The operator stated: “Macau was still under the severe impact of COVID-19 pandemic in the first quarter this year. China, the major source of Macau’s travelers, was under travel ban in the first two months that the government asked people to stay at where they were, until March when the pandemic situation stabilized. Travel sentiment then started to improve along with modest relaxation of local restrictions in Macau.

“MGM China once again outperformed the market’s pace of recovery. Our first quarter GGR recovered to approximately 40% of pre-pandemic fourth quarter 2019 levels, compared to market’s recovery of 33 per cent. It is evident that our strength in premium mass is positioning us well as the market gradually turns the corner.
In the first quarter, MGM China recorded total revenue of HK$2.3bn, up by nine per cent from a year ago. The Group had turnaround with adjusted EBITDA of HK$84m, versus negative adjusted EBITDA of HK$123m a year ago.”

As a leading gaming property on the Peninsula, MGM MACAU recorded revenue of HK$1.3bn, up by 17 per cent from a year ago. It recorded adjusted EBITDA of HK$170m, grew by 398 per cent year-on-year. Occupancy was 81 per cent compared to 44 per cent a year ago.

MGM COTAI recorded revenue of HK$981m (20Q1: HK$984 million) and negative adjusted EBITDA of HK$86m, narrowed from negative adjusted EBITDA of HK$157m same period a year ago. Occupancy was 47 per cent compared to 33 per cent in previous year. Market share of MGM China rose to 11.5 per cent for the Period from 8.7 per cent a year ago. The Group maintained a healthy financial position. As of March 31, 2021, the Group had total liquidity of approximately HK$14.3bn, comprised of cash and cash equivalent and undrawn revolver.

The Group believes the rate of market recovery to be gradual and driven by premium mass market segment, which MGM China is well positioned for. The recovery rate will also remain heavily dependent on broader sentiment as well as the pace of vaccination rollouts throughout the region, which would ultimately lead to the easing of travel restrictions, nucleic acid testing requirements and other bottlenecks currently impacting the marketplace. The opening of Macau-Hong Kong is also another important variable in Macau recovery.

Hubert Wang, President & Chief Operating Officer of MGM China said: “MGM China is confident in Macau’s longer-term growth prospects and will continue to invest in strengthening our market position. Construction of the additional suites in the South Tower of MGM COTAI is underway and on track to open in the summer. We are also organizing themed property attractions to drive visitation.

“We will continue our effort and strategy in diversification, along with our meaningful entertainment assets and niche in art and culture. We are committed to help Macau to develop into a world’s tourism destination,” said Hubert Wang. 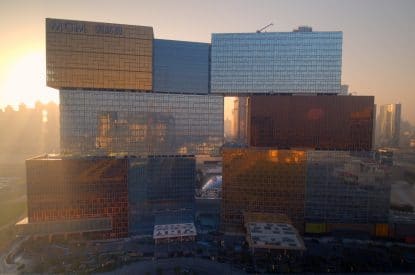 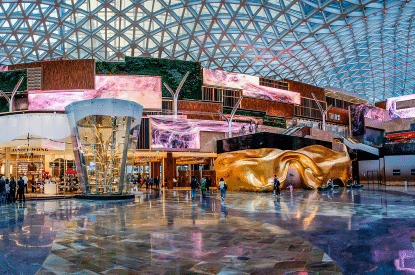