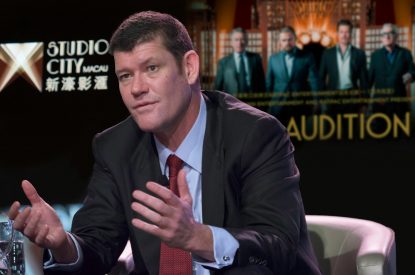 Melco Crown Entertainment’s James Packer has relinquished his role as co-chairman with Crown Resorts selling part of its stake to Macau partner Melco International for $US800m.

The deal sees Crown’s share in Melco Crown reduced to 27.4 per cent from 34.3 per cent.

Mr Packer will take up a new position as deputy chair of Melco with Crown losing an additional board role as part of a reworked shareholders deed between the two companies.

Crown said it will maintain ‘a significant investment’ in Melco Crown but will use the money to lessen its debt.

“Following completion, Crown will assess its capacity to make a distribution to shareholders, and at the same time maintain a strong balance sheet and credit profile to fund existing Australian development projects, including Crown Sydney,” Crown said. “Crown will provide an update to the market once it has completed this assessment.”

Crown’s Todd Nisbet will also leave the Melco board meaning Crown has only two board representatives on the Melco Crown board.
Melco International Development now owns 37.9 per cent of Melco Crown Entertainment with the rest being owned by public shareholders.

Lawrence Ho, Group Chairman and CEO of Melco, said: “Crown remains a major shareholder in the company and we look forward to continuing our relationship. This is a tremendous milestone for Melco. The transaction will meaningfully strengthen Melco’s financial position through incorporating MCE’s full financial contributions into the Group’s portfolio as an accounting subsidiary. It demonstrates Melco’s positive outlook for Macau’s long term future. It will also enhance the Group’s overall portfolio of high-quality assets and facilitate our efforts in realising Melco’s global expansion vision.”

The reshuffle was announced as Melco Crown announced its unaudited first quarter 2016 earnings when revenue rose five per cent to $1.104bn due mainly to the addition of revenue generated by Studio City that opened in October last year.

“With the successful opening of our second integrated resort in Cotai, Studio City, we have further expanded our mass market offerings in Macau, including world-class entertainment, hotel, and other non-gaming amenities, together with innovative and immersive gaming offerings, which deliver an array of amenities that allow us to target a greater depth of customers as highlighted by the approximately 18 per cent year-over-year increase in mass table gross gaming revenue we delivered during the first quarter of 2016 in Macau,” he added. “To ensure that City of Dreams in Macau remains the undisputed leader in the premium mass segment in Macau, we continue to make exciting enhancements to the property, including a meaningful retail upgrade which is due to begin opening in the middle of this year, together with the fifth hotel tower which will create a new landmark for Macau and the region when it opens in 2018.”

In mid-March this year, Melco, together with other members of a multinational consortium (Hard Rock International and Cyprus Phasouri (Zakaki) Limited), has been shortlisted to the next phase of the casino tender process in the Republic of Cyprus. With unique experience in creating the most spectacular integrated resorts in Asia, Melco is looking forward to continue exploring the emerging gaming jurisdiction and collaborating with the Cyprus Government for what it considers to be in the best interest of Cyprus.

The Cyprus premium integrated resort project, along with the Group’s latest business development in Spain, showcase Melco’s focus on further strengthening the Group’s presence in overseas markets to build a sustainable growth company.