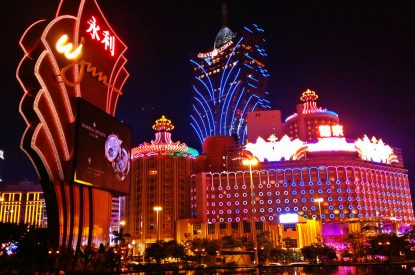 Casino Revenue in Macau dropped way below analyst estimates in August, declining for a third successive month, by 6.1 per cent this last month to 28.9bn patacas ($3.6bn).

Analysts blamed the government anti-corruption campaign saying it lessened the spend from VIP players in Macau.

Philip Tulk, a Hong Kong-based analyst at Standard Chartered Bank, said: “China’s anti-corruption campaign seems to be keeping some high-rollers out of Macau, and that’s unlikely to change much in the fourth quarter.” He added that the number of visitors to Macau hadn’t altered much and that the lower-end had actually seen an increase.

Macau’s Gaming Inspection and Coordination Bureau released the revenue figures after a month of probes into corruption by Chinese President Xi Jinping, which have coincided with a crackdown on money transfers in the casinos.

The 3.7 per cent decline in GGR in June was the first in five years, closely followed by the second in July and now the third in August.

Shares had already been negatively affected by the threat of industrial action in the casino sector due to protests demanding pay raises.