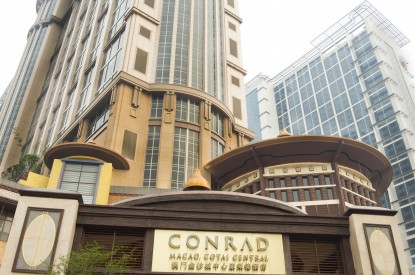 Sands China is preparing to open what constitutes another new casino in Macau with a new gaming floor covering 3,716 sq. m. to be opened at its Sands Cotai Central resort.

Originally set aside for a theatre, the new gaming area will open in the next year and will house some 100 gaming tables

In January the Macau government approved an additional quota of 200 tables to Sands China. The new gaming floor is likely to be called Tropical Garden. Sands is also developing a US$ 2.8bn project called The Parisian on Cotai. Sands china recorded revenues of US$2.02bn in the first quarter of 2013, representing an increase of 39.3 per cent on the previous year.
Aaron Fischer, analyst at CLSA in Hong Kong said: “The simple story for Sands is that it is the only one able to grow its earnings at very high rates, because it has just opened the Sands Cotai, the only new venue at a time when Macau is running at absolute capacity.”