China – Sands outlines how it will invest $3.5bn on non-gaming attractions in Macau 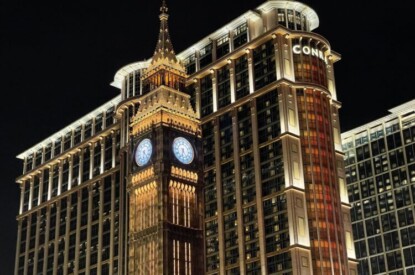 Sands China has detailed how it will spend $3.5bn between now and 2032 on non-gaming projects that will appeal to international visitors.

“As we look to the future in Macao, we rely on the plan we have successfully executed over the past twenty years. Sheldon Adelson’s vision for what our company would deliver for Macao was big and bold and we are extremely proud of all that has been accomplished,” said Las Vegas Sands and Sands China Chairman and Chief Executive Officer Robert G. Goldstein. “With the support of the government and an extraordinary level of commitment from Sands China, Macao has evolved into a true international destination for leisure and business travel. We believe continued growth in Macao is still in front of us, and as demonstrated since we first began operating there, we will continue supporting and investing in Macao as it solidifies its position as one of the world’s greatest tourism destinations.”

During a press conference, the company outlined both a broad financial commitment to Macao over the next decade, as well as highlighting some key areas of investment. The company has pledged to spend MOP 30bn (US$3.75bn) through 2032 on both capital and operating projects, including MOP 27.8bn (US$ 3.5bn) in non-gaming projects that will also appeal to international visitors.

“Sands China is confident in Macao’s future and is appreciative of the opportunity to continue working with the Macao SAR government to support the growth of Macao’s economy, society and environment,” said Sands China President Dr. Wilfred Wong Ying Wai. “Our vision, and the strategy we will use to guide us, will help the government reach its important goals of continuing to grow Macao into a world centre of tourism and leisure, promoting its economic and industrial diversification and enhancing its international reputation.”

As part of that investment, Dr. Wong said the company would dedicate resources to several key areas, including a commitment to expand, improve and optimize the scale and quality of its convention centers and related amenities. This would include the proposed development of a new approximately 18,000 square meter MICE facility adjacent to the existing Cotai Expo, expanding the company’s footprint of inter-connected meeting space and enabling the hosting of additional large-scale international MICE events. In connection with these efforts, Sands will strengthen the planning, organization and international marketing of convention tourism in order to attract global multinational companies to host annual meetings and corporate summits in Macao.

The redevelopment of the existing Le Jardin (the “Tropical Garden” on the south side of The Londoner Macao) to create a new and internationally unique approximately 50,000 square meter garden-themed destination. The proposed garden-themed attraction will include an iconic conservatory together with related themed green spaces and amenities. The conservatory is intended to become a Macao landmark of international renown, providing a year-round themed attraction for tourists and residents.

An expansion of entertainment and sporting events and offerings to grow international tourism, supported in part by a meaningful reinvestment and upgrade of the Cotai Arena. Sands will also develop several new restaurants and introduce innovative international culinary concepts to support Macao’s position as a city of gastronomy. The company will also launch a luxury yacht experience featuring on-board dining and entertainment including celebrity appearances, as well as water sports.

Specific plans to promote Macao’s cultural heritage include the creation of a Macao Heritage Carnival to be hosted throughout traditional areas of the city, facilitating trips for its patrons to Macao’s traditional areas and hosting MICE group events at Macao’s historical landmarks. Launching innovative programs to revitalize Macao’s rich cultural heritage including partnering with local artists to hold regular performances, exhibitions and workshops in rehabilitated buildings.

“We are eager to support Macao’s growth over the next decade. Our company is proud of our contributions during the two previous decades of operations, and we have every confidence the future will bring even more meaningful benefit to Macao and all who share in its success,” concluded Dr. Wong.

Sands China President Dr. Wilfred Wong Ying Wai, said: “Sands China is confident in Macao’s future and is appreciative of the opportunity to continue working with the Macao SAR government to support the growth of Macao’s economy, society and environment.”

The company has a central goal of helping Macau become a world center of tourism and leisure, promoting its economic and industrial diversification and enhancing its international reputation.