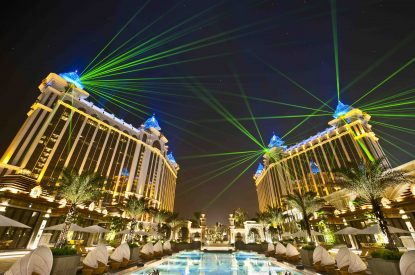 Galaxy Entertainment has taken first place in terms of market share in Macau, overtaking Sands China who accounted for 21.8 per cent of Macau’s GGR in September and SJM, who held 20.9 per cent.

Grant Govertsen, an analyst with Union Gaming Research, cited Galaxy’s growing VIP business as the reason for its move up the table.

“Galaxy has been growing its VIP business while all other operators have experienced notable declines, up to 25 per cent, in their VIP business”, he said. “We would expect Galaxy to likely retain its top market share of revenue position. However, when the VIP business recovers, I think you will see Sands, SJM and Galaxy all vying for the market share leader position. Galaxy has the unique advantage of being the first operator to open its new casino on Cotai. This should be advantageous for Galaxy, especially if the VIP market recovers in a meaningful way in early 2015. That would dovetail nicely with the large amount of supply Galaxy will bring online.”

Macau’s casino revenue dropped by 12 per cent to US$3.2bn in September, the fourth consecutive month it has fallen, marking the biggest drop in GGR since June 2009.

In July Macau’s government cut the maximum number of days Chinese passport holders with transit visas can stay in the city to five from seven. The Macau authorities’ have also crackdowned on the use of UnionPay debit cards to transfer money from China.

Mr. Govertsen explained: “Mass market casino foot traffic, especially at the big-box casinos on Cotai, and certain instances of table games minimums, was lower than we expected. You get the dynamic now whereas these gaming names have been so crushed that even a slight improvement is viewed positively. You got a lot of investors who want to be in these names looking for an entry point.”

The political protests in Hong Kong ‘would put further pressure on VIP visitation,’ according to Mr. Govertsen.

“We acknowledge that this does not reconcile with the published Golden Week visitation data which has, so far, been universally robust,” he said.

Aaron Fischer, a Hong Kong-based analyst at CLSA, said: “Macau growth has decelerated sharply and will remain weak for the next few months. There will be some teething problems around the new smoking ban.”