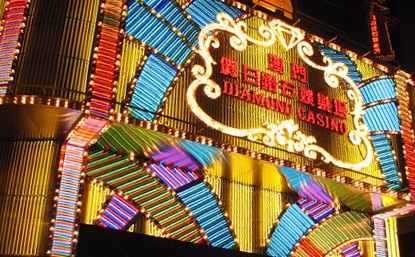 Macau operator SJM Resorts will take-over the operational reins of Diamond Casino following confirmation from the casino’s current operational team that it would close at the end of July.

Diamond Casino is one of 14 satellite casinos operating under the license of SJM, but run via a third party agreement.

The current operator said: “Due to the pandemic and no income for the past 18 months, our casino and other departments will stop operating from 31 July 2021,” the memo reads. Thank you for all your contribution to the company. I feel helpless about this decision.”

In other news, SJM has confirmed some of the food options at its soon-to-open Grand Lisboa Palace Resort Macau in Cotai.

Other highly-anticipated dining options will be launched progressively over the coming 12 months to offer more sensational epicurean delights, such as Italian fine-dining brought by a world-renowned Michelin-starred restaurant concept from Italy, Japanese Kappo cuisine presented by a Michelin-starred chef, a haute Cantonese restaurant designed by Alan Chan and a microbrewery featuring authentic Bavarian beer, just to name a few.

Ms. Daisy Ho, Chairman of the Board of Directors of SJM, said: “While SJM’s top-tier position in Macau’s culinary industry has been widely recognised by international accolades, Grand Lisboa Palace Resort Macau will continue to redefine and pursue our commitment in food and beverage. From fine-dining restaurants to casual local favourites, Grand Lisboa Palace will present the finest cuisines from the East and West in an array of exciting dining options, joining forces with SJM’s other dining establishments to further promote Macau as the UNESCO Creative City of Gastronomy, as well as to reinforce the positioning of Macau as a world centre of tourism and leisure.

“Our vision is to develop Grand Lisboa Palace as a gastronomy hub for food lovers worldwide, who will be impressed by the curated and innovative dining experiences delivered by our acclaimed self-established brands and food and beverage partners from different parts of the world. All restaurants, supported by an award-winning and extraordinary culinary team, are gorgeously designed with distinct styles and will offer uncompromising food and service standards under a stringent health and safety policy.” Ms. Ho continued. 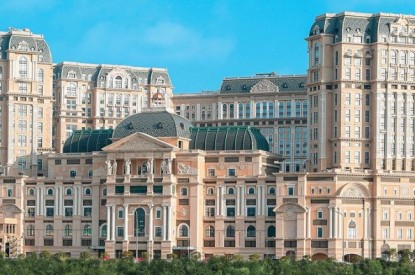