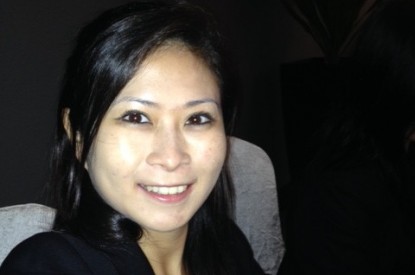 Organisers of the upcoming Macao Gaming Summit, which takes place alongside the Macao Gaming Show, (November 18 to 20, 2014, Venetian Macao) have confirmed a speaker line-up consisting of many of the leading authorities on gaming in Asia.

The 2014 Summit, whose theme is ‘Asian Gaming: Looking beyond the Horizon’, will feature a hand-picked line-up of speakers all of whom have a detailed knowledge of the Asian gaming market. Business essential topics being covered at MGS include the Asia-Pacific regulatory environment; the future of gaming in Macao and beyond; opportunities in Asia-Pacific as well as updates on mature, emerging and future markets; the latest developments, challenges, solutions and opportunities in i-Gaming and organisational best practices in gaming.

Ira Iskandar, Conference Manager at Koelnmesse, the event and conference organisation partner of MGS said: “We know from the research that was undertaken amongst attendees last year, how important the Summit is to them. Attendees have a real thirst for knowledge and being able to, for example, learn how to tap into the lucrative Chinese market, which is the title of one of our seminars, as well as understanding how legislation governs gaming in Asia Pacific, has great value. We have a mixture of industry names, such as Reinout H.M. Te Brake, Founder and Chairman, iQU (Netherlands), regarded as one of the leading thought leaders of the gaming industry, appearing alongside experts from the region such as Mikio Tanji, Executive Advisor, Gaming Capital Management (Japan) and Wai-Ming Yap, Director, Stamford Law Corporation who will be examining the legal issues surrounding iGaming in Singapore. With confirmed speakers from throughout the region including Cambodia, Taiwan, Singapore, Macao, Laos and Japan, MGS really is, ‘By Asia for the world’. Delegates attending the Summit will have the opportunity to participate fully in the Asian gaming conversation, gain insightful information from a host of industry experts, and network with fellow professionals.”

Taking place on November 18 to 19 alongside Macao Gaming Show, the Summit has been developed for decision makers and industry professionals from casinos, integrated resorts and iGaming, government and regulatory bodies, banking and investment, legal and consulting, manufacturers and suppliers, and research and education. Macao Gaming Show is the first large scale gaming and entertainment exhibition organised and run by Macao organisations and supported by Government departments. MGS 2014 will have a floor area of over 10,000 sqm. Exhibitors and buyers eyeing the Asian market will be coming from all corners of the world. The event covers six gaming industry segments; Gaming Equipment and Accessories, Gaming Promoters (Junkets) and VIP Clubs, Casino Fixtures and Fittings, Promotional Services and Memorabilia, Food and Beverage and Entertainment and Performance.