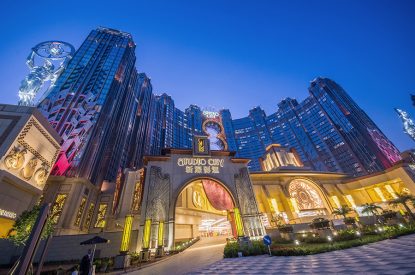 The inclusion of new casino Studio City as well as an increase in City of Dreams Manila helped Melco Crown Entertainment deliver revenue for the second quarter of US$1,070.4m, representing an increase of approximately 17 from last year’s figures.

Lawrence Ho, Chairman and Chief Executive Officer of Melco Crown Entertainment, said “We delivered a 20 per cent year-over-year increase in Adjusted property EBITDA during the second quarter of 2016 as a result of our commitment to controlling costs and increased exposure to the higher margin mass market segment in Macau, together with a strong performance at our integrated resort in Manila.”

“Studio City, our second integrated resort in Cotai, Macau, which opened in late 2015, is still in its ramp-up phrase and positioned for further increased revenues and profitability in the future as the property builds a strong customer database through its unique entertainment offerings which attract an increasingly Cotai-based mass market customer.

“Macau continues to face challenges in gaming demand. However, we believe that revenue trends, particularly in the mass market segments, will improve as Macau further evolves in to a multi-faceted, mass market-focused destination, deserving the accolade of being the most exciting gaming and entertainment destination in Asia.

“Our Company is well positioned to cater to these evolving trends in Macau, with a unique array of non-gaming, mass market-focused amenities across multiple properties that provide an ideal platform to deliver a compelling lodging, entertainment and retail offering to our customers.

“In Manila, City of Dreams delivered impressive improvements in all gaming segments which, together with a strong focus on managing reinvestment costs and other operating expenses, resulted in an increase in Adjusted property EBITDA of approximately 190 per cent on a year-over-year basis. City of Dreams Manila provides us with a strong and diversified earnings stream to complement our operations in Macau.