China – The Londoner Macao to open in February next year 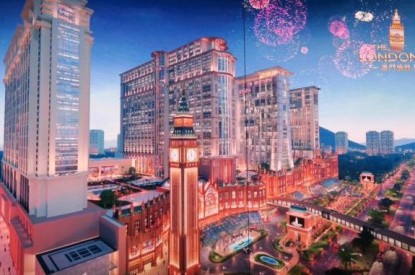 The Londoner Macao is set to open its doors in February 2021, according to President of Sands China Wilfred Wong Ying-wai, who confirmed that most of the building work on the US$2.2bn overhaul of Sands Cotai Central into Londoner Macau is now complete.

It will feature authentic recreations of classic British landmarks, including an exterior facade modelled on the Palace of Westminster and the Houses of Parliament, complete with a 96-metre Big Ben.

Mr. Wong said: “The Londoner Macao is planned to open in early February next year. The retail and dining areas will be opened at the same time. In the reconstruction and transformation of Londoner Macao, we added a concert hall and various dining venues, and have always headed in the direction of diversification and non-gaming elements.”

Whilst the casino won’t change, Sands China has revealed it could offer more gaming options, with space for up to 450 tables and 2,000 slot machines.

New entertainment at The Londoner Macao will include an exciting whole-body, fully immersive live virtual reality experience suitable for all ages. In addition, visitors can also enjoy British-themed Streetmosphere shows such as the famous Changing of the Guards and daily retail parades featuring much-loved characters from British history, culture and literature.

When fully completed, the integrated resort will also offer a new 6,000 seat arena versatile enough to accommodate everything from live entertainment to popular sporting events and conferences.