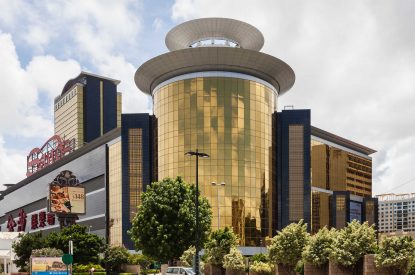 North American casino owners are not likely to be treated any differently to their Asian counterparts when Macau re-tenders its casino concessions, according to Fitch Ratings Agency.

Fitch believes said that MGM China, Sands China and Wynn Macau have earned the trust of the local government over the last two decades with ‘no obvious evidence yet that Western-controlled Macau operators will be treated differently by the mainland government.’

Fitch analysts said: “The operating subsidiaries are ultimately owned by Hong Kong-listed public entities, are large local employers, have invested tens of billions of US dollars in capital and consistently promoted the government’s social goals. There are also local and Chinese influential figures on the Hong Kong-listed boards of directors (e.g. Pansy Ho for MGM China).

“All Macau operators have been supportive of broader local policy goals. They have ensured employment through the pandemic despite meaningfully reduced revenue and paid billions in US dollar-equivalent gaming taxes over the years,” they added. “In 2016, all six concessionaires scored well during this concession term’s interim review by the government. Criteria included operating conditions, corporate social responsibility and junkets. It’s worth noting that the then-Secretary for Economy and Finance said that no direct relationship existed between the review and the gaming license renewal process.”

“Many variables could ultimately impact future cash flows and balance sheets,” Fitch added. “These include, but are not limited to, capital commitments, licensing fees, the ability to upstream cash, gaming tax rate, concession terms, local ownership requirements and the number of concessions. No assurances can be made yet on what Macau’s future operating environment will look like, but Fitch still holds that the regulators will take a pragmatic approach given their preference for stability,” it concluded.

JP Morgan meanwhile has upgraded the three US-owned Macau licences, saying it was ‘incrementally bullish’ on gaming’s prospects in the SAR.

It said: “We turn incrementally bullish on Macau SAR gaming. Most investors seem hesitant to bottom-finish, citing license risks, VIP fallout and uncertain travel policies as key concerns. These are all valid, but we think the level of concern is unnecessarily high. First, on licenses, we think major disruptions such as license losses or tax hikes are unlikely, as suggested in the recent public consultation report.

“Second,” it added, “we completely write off junkets from our models, but the impact on fundamentals isn’t that meaningful (around 10 per cent of pre-COVID-19 EBITDA). Some may be concerned about a potential spill-over impact, but history – and our recent checks – suggest demand from premium mass or even direct VIP remains unscathed from junket fallout.

“Third, the pace of travel normalization is indeed tough to predict, but we view this as a transitory issue, something that long-term investors can look through when prices are as cheap as today’s.”