China-Wynn Macau down for first time since 2009 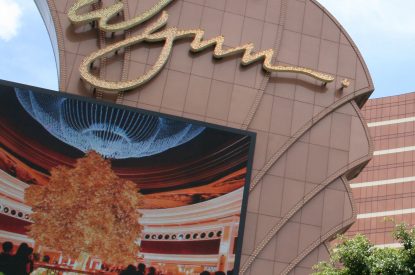 Revenue dropped at Wynn Macau by nearly US$70m as high-rollers from China tightened their spending due to a slowing Chinese economy.

Wynn reported a 7.1 per cent drop in second-quarter revenue from $976.5m to $907.6m making the company’s results miss analysts’ estimates. It is the first time the company has posted a decline since 2009.

Grant Govertsen, an analyst at Union Gaming Group, said: “With a global economic recession and leadership changes in China, VIPs are cutting back.”

In total Macau’s VIP table turnover came in at $30.3bn for the second quarter, representing a 7.2 per cent fall from $32.7bn a year earlier.

Mr. Govertsen said analysts were worried about Mr. Wynn’s claim that Chinese gamblers were taking longer to pay their debts.

“This means that junket operations have less working capital on their hands and so they would be less able to extend credit to the gamblers,” he explained. “The velocity of money in Macau will slow down further and affect casino revenue.”

Net income for Wynn for the three months ending in June was $220.6m, compared with $120.3m a year earlier, although the company’s profits were boosted by a $21m write back on a bad loan.
Steve Wynn, chairman of Wynn Macau, said he was not overly concerned about the drop in revenue saying the primary challenge for Wynn Macau was to maintain profit margins during a ‘price war’ where casinos were paying higher commissions to junket operators.