Colombia: a role model for the Latin American gaming industry 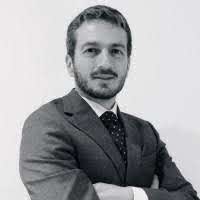 The gaming industry in Colombia is a monopoly held by the Government and is regulated under the Colombian Gambling Act, Law 643 enacted by Congress in 2001. Colombia is currently a reference for the industry in Latin America, since the structure of the law has been designed to provide efficient regulations issued by Coljuegos, the national agency.

Coljuegos has been granted full autonomy to issue new rules, agreements and resolutions and, therefore, has created legal stability for investors and an environment that protects their investment with a regulator that has pro-operator attitude and full openness to allow foreign operators to participate in the local market.

Resources obtained from exploitation rights (gaming duties) and paid to Coljuegos from local and foreign entities operating in Colombia are used to fund public health services. As a result of this, by March 2020, the agency reported Exploitation Rights at COP$139.10bn (USD$37,59 million) for all verticals land-based, instant betting, lotto and online which are transferred as revenue for health services in Colombia.

In addition, Colombia has developed landmark regulations for online-based gaming, which is the first regulation of its kind in Latin America, by December 2019 turnover reached US$798m, a GGR equivalent to US$81.38m providing Coljuegos with a US$1511m profit which was also transferred to fund health services in the country. These regulations were put in place in 2016 and have achieved a total of 16 authorised operators in the country. By March 2020, online-based gaming produced a total of GGR US$33.483m and COP$20.24bn (US$4.5m) revenue for exploitation rights in the country.

By market share, the portfolio of the industry concentrates high regard among the public in the permanent betting (known as chance) by around 84 per cent, followed by “Baloto” at 55 per cent and regional lotteries at around 43 per cent. Online sports betting and live casino are known by 8 per cent and 5 per cent of the public respectively. However, the online gaming sector in Colombia has been steadily growing in the country. Since online gambling regulations were put in place in 2016, the market grew from US$24m online turnover to US$441m by 2018 (a 1533.7 per cent increase) and achieved US$798m of turnover on online portfolio by December 2019, representing a 2908.85 per cent increase in around two years of operations for online-based participants.

The openness from the local regulator to ensure that foreign participants in the gaming industry (which represent almost the entirety of the online-based market in the country) have a clear set of rules to enter the market and the overall stability that the current regulatory, banking, safety, corporate, tax and investment regulations Colombia offers to foreign investors, has been the key factor to allow exponential growth in the industry.

This openness has been a major factor in making Colombia one of the most stable markets for online gaming in the world and particularly in Latin America.

By December 2019, Coljuegos estimated a total of 2,761,030 active online gaming accounts, a 1091 per cent increase from 2017 in a market which is still growing along with continuous support from the regulator to adapt requirements for prospective licensees entering the market.

On March 24th, 2020, the Colombian Ministry of Treasury officially enacted measures to suspend all of kinds of lotteries and land-based gaming, as most of the sales are conducted by individuals selling participation in these games on the streets.

The Ministry estimated that around 10.000 citizens worked in the sales of such games and half of these sellers are over 60 years old, therefore being a high- risk population for Covid-19.

At the beginning of 2020, Coljuegos estimated projected revenue for exploitation rights at COP$463.81bn (US$121m) for the year 2020. However, the regulator reported a severe decrease on revenue, especially in the month of May where a 96 per cent decrease on revenue was reported for the month.

For the online gaming participants, Coljuegos reported a sharp decrease in revenue by the months of April and May, which started to stabilise by July.

As a result of severe financial impacts to the health sector, President Iván Duque issued Decree 593 of 2020 in which the Government authorised reactivating some land-based operations (particularly sales of lotteries and chance) in order to stabilise the availability of financial resources for the health sector. However, the President clarified that casinos, bingos and video gaming terminals would not be reopened as part of the Decree.

Upon enactment of this Decree, sales of Baloto (an online gaming lottery) increased 50 per cent. This particular game provided resources of over COP$16.82bn (US$5m) to the Colombia’s health system. Baloto’s operator itself campaigned with the Colombian People stating that participating in betting games was the “most real and fastest way to help the health sector in Colombia”.

By late June 2020, Colombian land and online-based sector expressed concerns to the government petitioning to reopening casinos and bingo premises in the nation, claiming that over 90 per cent of gaming businesses were facing financial hurdles as a result of strict lockdown measures across Colombia and that over 95 per cent of operators have failed to secure any line of credit throughout the pandemic, risking over 240,000 jobs and prompting several multinational bingo and casino operators to leave the local market. By such date, the sector estimated a COP$135bn (USD$41 million) loss in tax contributions with great risks to the Colombian economy and the health sector.

Coljuegos has reacted in a very positive way to face this situation, enacting several amendments to the online regulation, including recent approvals for the live casino vertical, with a very attractive portfolio and conditions to offer these types of games, as recording studios or casino overseas, acceptance of testing labs certifications issued abroad, and a non- restricted list of games permitted to be offered into the vertical.

Coljuegos has also allowed the online operators to promote and sell other novelty games through the operator’s platform, as a sales channel (intermediary) of the authorised operators of those other products. With this measure, Coljuegos has promoted a solidarity approach using less impacted sectors as online, to pull up the sales of most impacted ones.

Finally, Coljuegos tried to amend the legal requirement of the bank account for online operators pursuing a new licence, to reclassify it from a pre contractual to a post contractual requirement, with the idea to facilitate compliance with the banks’ policies that nowadays requires operators to provide a copy of the concession contract to open a bank account, and with a regulation that requires the providing of the bank account to grant the concession, creating an egg and chicken situation. Unfortunately, local associations created a strong opposition against this positive approach from the regulator, causing the amendment to be disregarded.

Coljuegos, the Colombian regulator has been very active in updating gaming regulation to ensure that market participants can weather the effect of Covid-19 in the economy and the industry. Update of regulations have included authorisation for new gaming modalities such ad instant-win scratch cards (physical and digital) and hybrid online-bingo games to recoup land-based gaming industry profits while maintaining quarantine protocols which are still currently in place in Colombia.

By August 2020, the Ministry of Health issued a resolution providing for health and safety policies that casinos and bingo halls in the country must include for COVID-19 prevention so that mayors in Colombia’s municipalities can implement pilot programmes authorised by the Colombian National Government. Such guidelines provide for the reactivation of limited numbers of slot machines and health protocols.

However, during the pandemic, the regulator enacted live-dealer online casino allowing current online-based participants in the market to offer live-dealer online casino games while steering the market and ensuring resources for the health industry, recognising that the online-based industry was one of the fastest-growing in the country with over three million registered accounts in the online licensed operators in Colombia.

To mitigate any negative impacts, Coljuegos authorised online-based operators to phase any due royalties for March and April and up to six months and disregard any commitments as to minimal- agreed revenue or gross income as provided in their respective Concession Contracts through December 2020.

Sharp decreases in estimated revenue for the regulator for exploitation rights are a matter of great concern for the Regulator and the Colombian Government, which has greatly incentivised measures from the Administration to allow both land-based and online-based participants to restore operations in an expedited fashion.

In conclusion, Colombia’s market participants have found a very friendly regulatory environment to ensure continued operations during the crisis as revenue from the sector directly impacts revenue to the health sector and therefore the industry is recognised as a number-one priority for both the regulator and the National Government which keeps working closely with all actors and associations in the country.

Juan Camilo Carrasco joined Asensi Abogados, a boutique law firm specialised in the gaming and gambling sector with offices in Bogotá, Colombia, Madrid, Spain and Mallorca, Spain in 2015 as the head of the Bogotá office and lead lawyer for gaming and corporate law for clients in the region. Juan Camilo, in addition to his law degree has studied international business law at Harvard Law School and Centro de Estudios Garrigues and conciliation and dispute resolution at Universidad de la Sabana. Juan Camilo is currently a member of IAGA.

Ivan Mauricio Guzman is an Associate at Asensi Abogados who joined the firm in 2020 after focusing his practice as an In- House Legal Specialist for Latin America at Microsoft based in the Fort Lauderdale, Florida and Bogotá Offices. Currently based in the Asensi Bogotá office, Ivan has a law degree from Pontificia Universidad Javeriana Cali and an LL.M from the University of Miami School of Law, in addition he has studied International Commercial Arbitration at American University Washington College of Law.