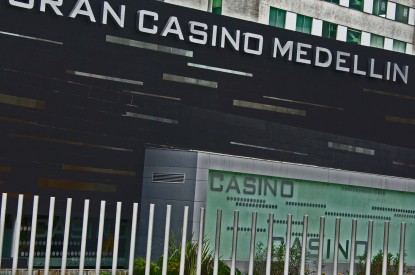 A wide sweeping change to Colombia’s growing gaming market looks increasingly likely with the online control and monitoring of all slot machines now scheduled for April 2015.

As reported in June the connection of all slot machines online was first considered in 2008 when Colombia changed its gaming laws and was then passed into law in 2010. However, Colombia is the only country in the region which has legislation which allows for online monitoring of slot machines but is yet to put the law into practice. While the gaming board has been quick to point out the benefits an online monitoring of the industry local operators are less than keen saying that the it could cost the industry almost as much as U.S$350m.

In an interview with local daily La República last week head of Colombia’s gaming control board Coljuegos, Cristina Arango highlighted the positive impact the new online system would have on the industry.

“The information which is going to be gathered at a central server is very important as up until now the casinos sector has reported its operational results made on an assumed basis. That is to say that the amount which has been destined for the health sector has depended on the number of machines that are in operation independently from the money which is paid into them. By connecting them online, we will professionalise the sector, increasing dependability and operational standards will improve.”

The online monitoring of slot machines will involve a total of 54 operators and 396 gaming operations in all. According to the schedule now set out, operators must have all gaming equipment connected to the centrally controlled server but will be allowed to connect their gaming equipment gradually over a period of 15 months. However, operators will have until September 2015 to demonstrate 100 per cent compliance with the new regulations.

Although the law has been in place now for over four years head of Coljuegos said that the delay was down to the fact that the implementation of a new system has been fraught with difficulties especially when it came to discussing the technical basis by which slot machines should be regulated online. In addition, according to Arango, this had been made more difficult still by the diverse nature of Colombia’s’ gaming landscape.

“Colombia has different kinds of casino operators: some are operating in large cities, but there are also large operating in very small towns. Achieving the right balancing has not been easy,” she said. However once in place the standards of the industry will improve and “the information gathered from the new online system will aid the government in drafting new laws for the industry.”

Although the new system might bring a greater level of accountability to the industry local operators have been less enthusiastic with the new move which they say will come with a multimillion dollar price tag. According to Rocío Albornoz Gaitán head of the Federation for Casinos and Bingo Businesses (Fecoljuegos ) many slot machines currently in operation date back to before 2004. These would not be able to be adapted to the new system meaning that up to 30,000 slot machines would have to be replaced. Replacing these machines would cost an estimated US$ 330m while implementing the necessary software in place for existing machines so that they may comply with the new online system could cost a further US$17.5m.