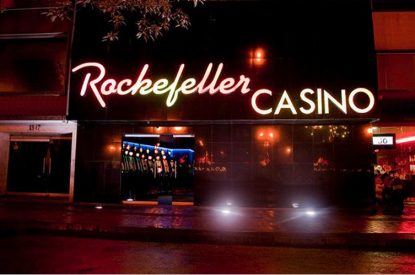 Colombia’s gaming control board Coljuegos has met with union officials and industry operators in order to discuss the connection of all slot machines in Colombia to a government centrally controlled server.

The meeting is the 48th meeting where members from the industry have met to discuss the issue so far. The connection of all slot machines online was first considered in 2008 when Colombia changed its gaming laws and was then passed into law in 2010. However, Colombia is the only country in the region which has legislation which allows for online monitoring of slot machines but it yet to put the law into practice.

Speaking to local press President of Coljuegos, Cristina Arango pointed out the benefits this would have once the system was up and running.

“The connection of slot machines to a central server will improve the standard of the gaming industry in the country as it allows the state to monitor gaming operators more reliably.  This, coupled with stricter control over the concession contracts will increase transparency in the sector,” she said.

Operators will be permitted time to become part of the system gradually until all of their slot machines are connected to the government server. However, once this window passes those machines which are still not online will be presumed illegal and can be decommissioned. In addition gaming companies which aim to start up in Colombia must connect all of their slot machines to the government server first before going into operation.

According to official figures Colombia now has 382 gaming operators which combined operate 77,500 slot machines in 2,700 establishments approved by Coljuegos. The previous gaming control board, the Empresa Territorial para la Salud (ETESA), was replaced in 2012 after a number of high profile corruption scandals, and the new board is made up of members from a number of government ministries and its director is directly appointed by the president.