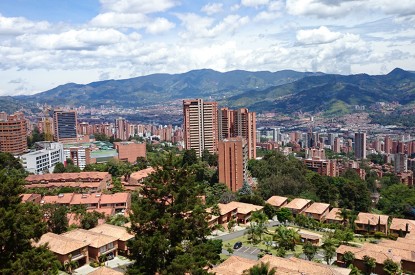 Coljuegos, reported that it carried out 41 inspections in the department of Córdoba and that it removed 544 gaming machines that were operating illegally. They also announced the signing of a Pact for Legality in the Gambling Sector with the department.

In a statement, Coljuegos added that if the machines had been operating legally, then they would have generated 8,182 million Colombian pesos (about US$1.84 million) in operator fees plus VAT of 3,157 million pesos (about US$ 712,000).

At the same time the board reported that the 30 municipalities of Córdoba, between 2020 and so far this year received about 50,089 million pesos, (US$11.3 million), from the legal gaming sector, in fees and taxes.

Coljuegos made these announcements within the framework of the signing of the Pact for Legality in the Gambling Sector with the authorities of the department of Córdoba. President of the regulatory entity, César Valencia Galiano, stated:

“Our commitment is to build change for people through the pillars of equality, social and economic justice. Games of luck and chance are a monopoly of the State, whose primary purpose is to generate resources to finance the health of Colombians, which is why the entity promotes legal and responsible gambling to continue fulfilling our mission purpose,” he said.

Jairo Baquero highlighted the importance of the work between the department and Coljuegos:

“In order to promote concrete actions of legality in the department, we will work hand in hand with Coljuegos and the National Police . . . Gambling is a vital source of funding for the Colombian Health service.”

Revenue generated by the industry has increased significantly this year. In a press release published on 23 June for the period from January to May 2022, revenue generated from national games in licensing rights reached 298,000 million– an increase of 22 per cent compared to last year. In the month of May 2022 collection stood at 62 billion pesos – an increase of 30 per cent when compared to the same month in 2021, when it stood at 48.1 billion pesos. Of the total collection that was reported for the first five months of the year, localized games (casinos and bingos) continued to make the greatest contribution, reaching 124 billion pesos; Online gambling came in second – 95 billion pesos;  Baloto Revenge third with – 30 billion pesos; and  SUPER Astro  fourth –  49 billion pesos. Games operating on a local level such as provincial landbased lotteries as well as instant game Raspa y Listo  and the “Chance Game” have also seen a sharp increase in popularity over the last year.

Coljuegos has signed a number of similar pacts with local governments since 2017. The Pact for Legality of the Gambling Sector is a strategy with which Coljuegos aims to combat illegal gaming and raise funds for the health sector and the first one was signed in 2017. Typically the implementation of the pact is followed by closer coordination with the police, the prosecutor’s office as well as the municipal and departmental governments.