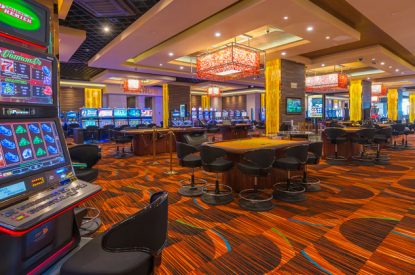 Robert Brassai, General Manager of Sun International for Panama and Colombia says that the company hopes to recoup the investment within five years and “wanted to enter the Colombia market because it is one of the largest countries in the region that is constantly growing and Cartagena was our choice because of its location and its tourism infrastructure.”

The casino has an area of 3,200 square meters, houses 220 machines, 16 table games, and a VIP lounge for players. It also has a restaurant, a terrace with views of the ocean and has a capacity for 800 people.

The new casino will generate 180 direct jobs and the company plans a wider expansion in Colombia. According to Mr. Brassai, the company is also considering Bogota, Medellin and Barranquilla as possible future sites.

Located on Colombia’s Caribbean coast, Cartagena is experiencing a boom in investment driven by tourism. In 2014 almost 2.9m tourists visited the city and 17 major new hotels are expected to open there by the end of this year.

Indeed Colombia is looking to be an increasingly bright spot for the gaming industry as tourism continues to grow. Around four million people travelled to Colombia in 2014 and numbers are expected to go up. Today there are an estimated 3,200 slot parlours bingos and casinos in the country, with 83,558 slots nationwide run by 384 licensed operators. According to figures released by the gaming board (Coljuegos), the sector reported growth of around ten per cent in 2014.