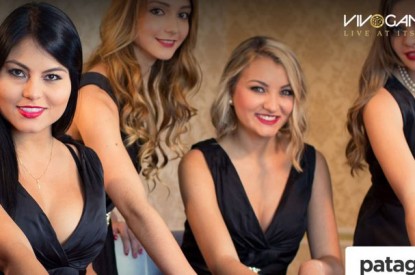 Vivo Gaming is celebrating its growth in Latin America over the last 12 months after receiving GLI certification for several of its games in its newly opened Colombia and Uruguay studios.

This growth has been complemented by the hire of more than 30 new corporate members of staff in vital areas of the business including legal, sales and product development. Spanish, Portuguese and English-speaking live casino dealers, technicians and studio managers have also been drafted in to work in Vivo Gaming’s modern studios.

With more than 40 clients utilising Vivo’s products including its dedicated studios, promotional tournament tool, chroma key technology and RNG games, Vivo hopes that expansion in this key market will help consolidate its reputation as a leading live casino provider in Latin America.

Neil Howells, CCO, said: “Vivo Gaming has an incredibly rich heritage in Latin America and we’re proud to have extended our presence across the region. As more countries regulate it’s looking as though 2023 is going to hold even greater things for us as we continue to expand.

“What’s more, we’re consistently building on our first-class product offering and we’re being recognised globally for it, our success in Latin America speaks volumes and we hope to replicate that in other regions and markets around the world in the next 12 months.”